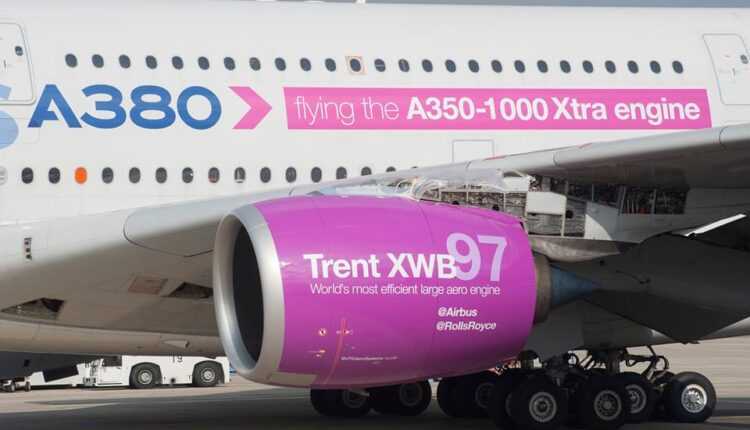 In September 2015, the first Rolls-Royce Trent XWB-97 engine arrived at the Airbus base in Toulouse. It was mounted in the 2 position on the left wing of an Airbus A380-800 (MSN001) aircraft dedicated for testing. In-flight testing of the most powerful Rolls-Royce engine dedicated to the Airbus A350 XWB aircraft family will begin. 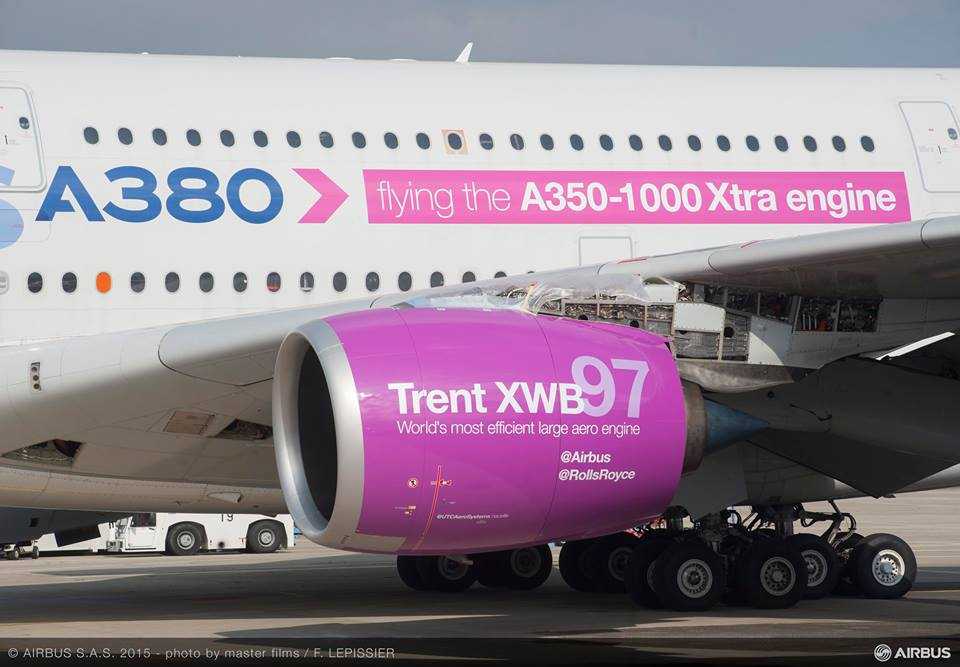 The slogan "The world's most efficient large aero engine" can be seen on the engine platform. The Trent XWB-97 develops a maximum traction power of 97000lbf (430kN).