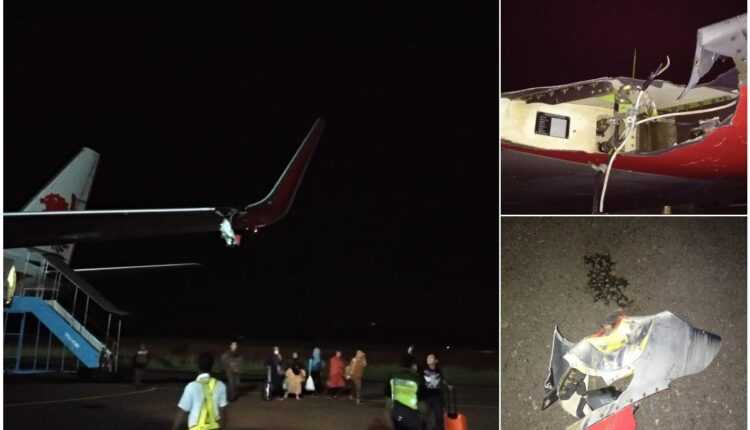 The bad luck is being held by the Lion Air chain. Another aircraft suffered, this time at Bengkulu airport. Fortunately, there were no casualties.

On 7 November, around 18: 30 (local time in Indonesia), Boeing 737-900ER (PK-LGY) aircraft Lion Air hit a light pole. Following the collision, the left wing tip was damaged and the aircraft had to return to the parking position.

According to information from the international press, it seems that the Lion Air aircraft tried to avoid a Batik Air plane, which was parked in front of the VIP terminal. Unfortunately, the Lion Air Boeing 737-900ER (PK-LGY) was damaged. He was to operate flight JT633 on the Bengkulu-Jakarta route.

On board were 143 passengers and 6 crew members. Fortunately, there were no casualties. Passengers were disembarked and transferred to Bengkulu-Fatmawati Soekarno airport terminal. Another aircraft took them to Soekarno-Hatta International Airport, Jakarta.

There is an ongoing investigation to determine exactly who is guilty of producing this incident, which comes during a difficult time for Lion Air. We remind you that a Boeing 737 MAX 8 Lion Air crashed into the sea at the end of October.

RYANAIR shuts down the site and the app for 12 hours