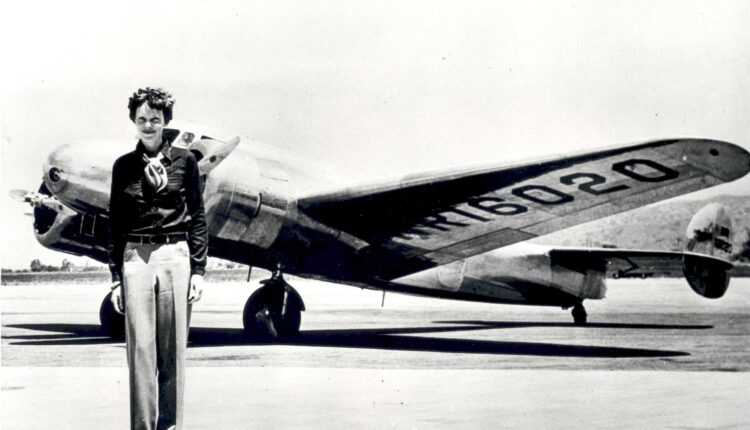 Amelia Earhart - the first female pilot to cross the Atlantic

Today marks the 115 anniversary of the birth of Aviator Amelia Earhart, the first female pilot to cross the Atlantic.

Amelia Earhart was born on 24 July 1897 in Atchison, Kansas and was a pioneer in aviation and a women's rights activist.

On the occasion of the 115 years since its birth, Google has dedicated a superb logo to its search engine page, thus contributing to an educational project using the Internet.

Amelia Earhart attracted international media attention on 17 / 18 June 1928 as the first female passenger to cross the Atlantic Ocean, being celebrated and declared the "woman of the year" becoming a female idol. In all the interviews given, he stressed that women are no better than men. In 1929 she helped to set up the Ninety Nines female pilots club, in order to support women who want to fly by plane.

In year 1931 she was asked to marry George P. Putnam, her mentor and admirer. She married with some reservations, fearing that her family would limit her ability to fly.

At 34 years ago, when she had already become a celebrity in the world of aviation, Amelia Mary Earhart tried to fly from the United States to Paris on 20 May 1932. After a flight that lasted 14 hours and 56 minutes, aboard the Vega 5B, it managed the historical crossing but had to settle for a landing in Northern Ireland in the town of Culmore, where a Museum has now been built. calledAmelia Earhart Center.

After reaching the age of 40, he wanted to circle the earth at the equator. Having already traveled three-quarters of the planned flight, he departed on July 2 1937 from Lae (New Guinea) flying to Howland Island in the Pacific, where he never arrived.