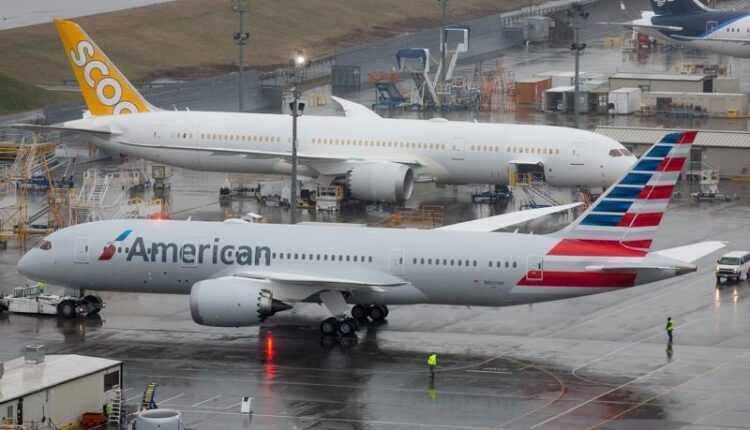 Last week, at a brief ceremony held at Boeing Base in Everett, Washington, American Airlines received the first Boeing 787-8 Dreamliner. American Airlines became the second carrier in the United States with 787 in the fleet, sixth on the American continents and 27 globally. American Airlines has a firm order for 42 units (16 x 787-8; 26 x 787-9) and 58 of optional units.

On the evening of 23 January 2015, after a flight of approximately 3 hours, the first Boeing 787-8 Dreamliner (N800AN) American Airlines landed at Dallas-Fort Worth International Airport, 36L Runway, one of the AA's hubs. The aircraft will enter commercial service in the second quarter, initially on domestic routes, such as Dallas Chicago, and then on international routes. Asia and Latin America are the most obvious markets and a rapid increase in passenger traffic.

American Airlines has big plans for development and has a young fleet, with an average aircraft age of 12.3 years. In 2015, it intends to receive on average 2 new aircraft per week, which will result in a much younger average.