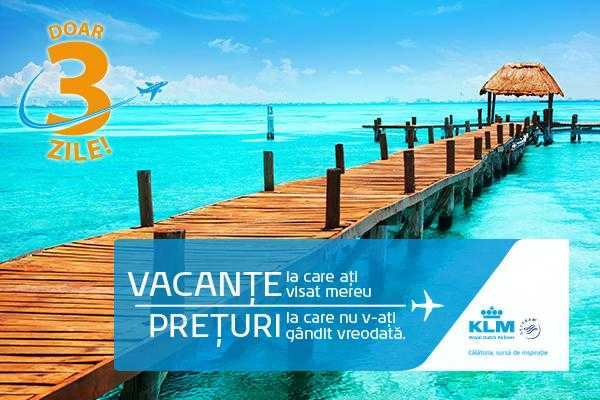 By Sorin Rusi Last updated TUESDAY , NEVER
2 340
Share
Delayed plane? Flight canceled? >>Claim compensation now<< for delayed or canceled flight. You can be entitled to up to € 600.

Here is the beginning of 2014 bringing us good news from Air France - KLM. The good news is primarily about the flights to the Air France KLM hubs, respectively to Amsterdam and Paris:

Prices are for round trip trips from Bucharest, include airport taxes and the shipping fee and can be booked on the websites www.airfrance.ro or www.klm.ro.

And the good news doesn't stop here. At the same time, starting this month, both KLM and Air France will have a monthly period of 3 days when travelers will be able to access promotional prices to 3 destinations.

We return after 00: 00 and with price simulations. Hurry up because places are limited!

Bucharest - Singapore at 493. He flies to KLM and returns to Air France. 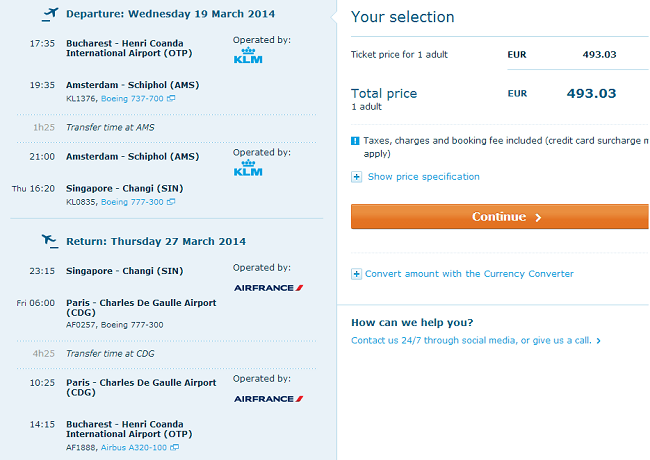 Bucharest - Singapore only with KLM at 499 EUR. 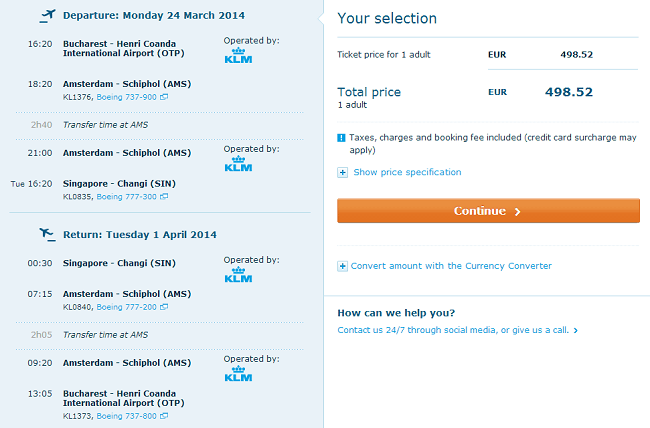