On 8 September, around 23: 26, a Airbus A330-300 Thai Airways was involved in an accident while landing on runway 19L of Suvarnabhumi International Airport (BKK), Bangkok, Thailand. The plane operated flight TG 679, route Guangzhou (CAN) - Bangkok (BKK) (Suvarnabhumi) and had 288 passengers and 14 crew members on board. The A330-321 had the HS-TEF code and was in the Thai Airways International fleet for 18 years and 7 months.

According to the latest official information, the accident occurred due to the front landing gear. Upon contact with the ground, it did not react properly, and the aircraft fell on the right side, which led to its exit from the runway. Passengers were evacuated on the left side using emergency slides. Some sources say that 8 travelers were slightly injured, others say that 14. It is certain that no one was seriously injured, and all those who suffered injuries were taken to the hospital for investigation. 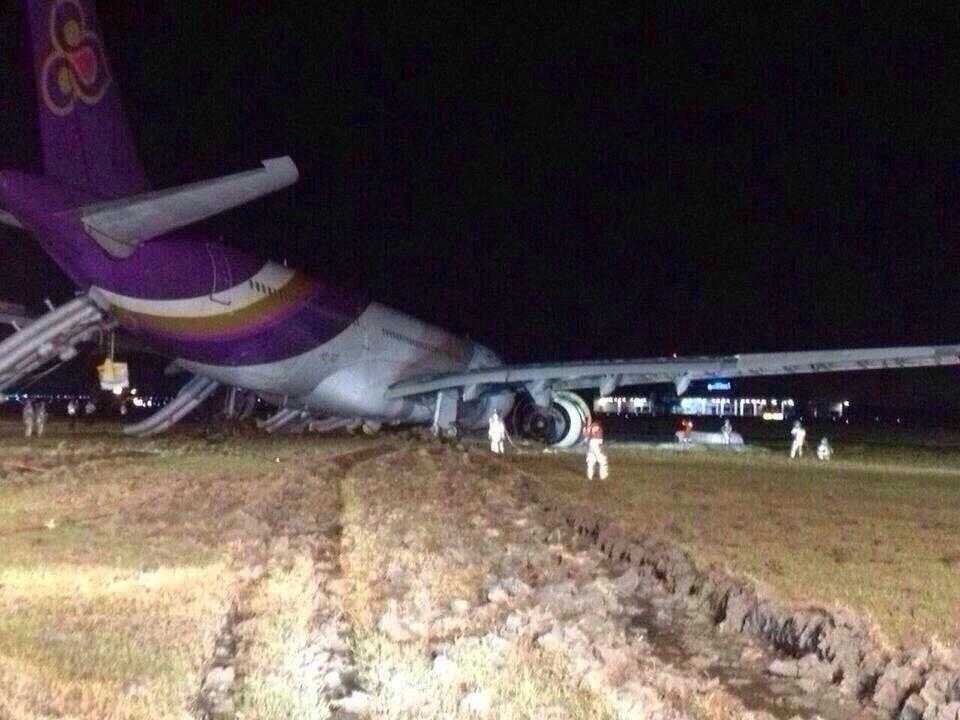