Ascent of a McDonnel Douglas DC-10, filmed from another plane (Video) 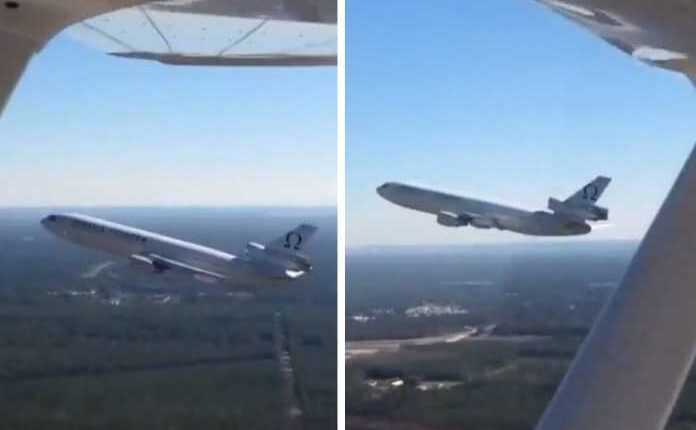 Ascent of a McDonnel Douglas DC-10, filmed from another plane (Video)

By Sorin Rusi Last updated 12 Sept , NEVER
0 2.164
Share
Delayed plane? Flight canceled? >>Claim compensation now<< for delayed or canceled flight. You can be entitled to up to € 600.

A beautiful video, which circulates on social networks, shows the rise of a beautiful and classic McDonnel Douglas DC-10 tripod. The images were filmed from another plane. And the one who filmed was a privileged one with such live images.

As you could see in the video above, the beautiful scene starred a DC-10 Omega Tanker.

The aircraft belongs to Omega Air Refueling, a private company specialized in a special service, that of air-air refueling. A Tanker aircraft can function as an air refueling station, providing fuel to other aircraft on various missions, without them landing.

The McDonnel Douglas DC-1 Omega is considered the largest private in-flight refueling aircraft in the world.

IATA warns: "It is time to prepare for the transport of the COVID-19 vaccine."