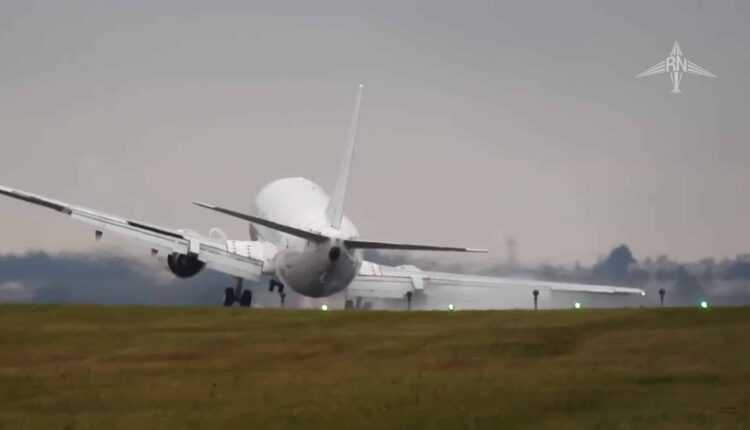 I wrote about spectacular landings. I told you a little bit about it crosswind landing, side landings, etc.

And when I thought I saw them all, these days I discovered a SHOW movie. On 4 October, the passengers and crew of the plane Boeing 737-400 Air Horizont (9H-GTC), who were preparing to land in Prague, were part of hard touchdown + go around.

The aircraft was preparing to land on runway 06 of Prague's Václav Havel Airport, when a strong shear wind rocked the aircraft shortly before the touchdown. The pilots managed to avoid a disaster, canceling the landing and forcing the engines to take off. After a go around, the aircraft landed in complete solitude.

A new Air New Zealand campaign: And the birds are flying by plane

Airbus delivers the aircraft with the number 10 000