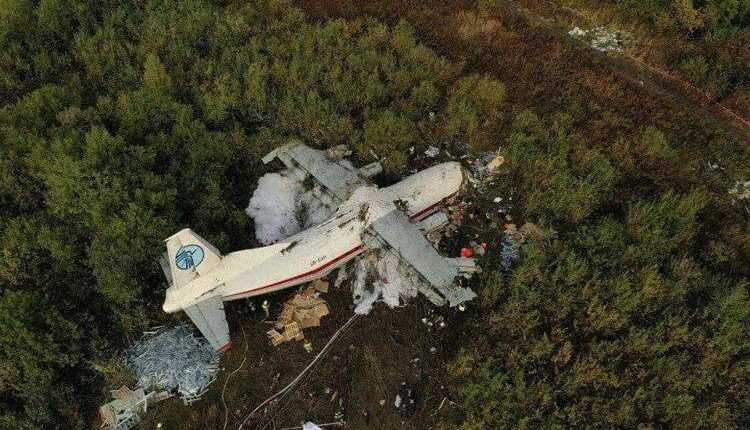 On October 4, the Antonov AN-12 (UR-CAH) plane crashed near Lviv. It operates a cargo flight on the route Vigo - Lviv. On board were 10 tons of car parts and 8 people, 7 crew members and a passenger (cargo attendant).

The aircraft took off from Vigo, Spain at around 22: 30 (UTC). At 03: 30 (UTC) the aircraft was at 30 kilometers from Lviv, and the weather conditions were not the best. The fog was announced at the airport, the visibility being below 800 meters.

Shortly afterwards, the plane lost contact. And later, it was found at 1 km from the 31 runway threshold. Antonov AN-12 (UR-CAH) collapsed in a forested area. Following the plane crash, 5 people lost their lives, and 3 people were seriously injured.

From the first information of the investigation, it seems that the pilots reported the lack of fuel. Thus, they made the decision to operate a forced landing near the airport in Lviv. Unfortunately, the action did not come out very well, and the result was a tragic one.

Antonov aircraft AN-12 (UR-CAH) was 51 years old. He operated the first flight on 1968. It was a cargo plane, powered by 4 turboprop engines. In its activity, this plane flew to Bucharest and Cluj Napoca.