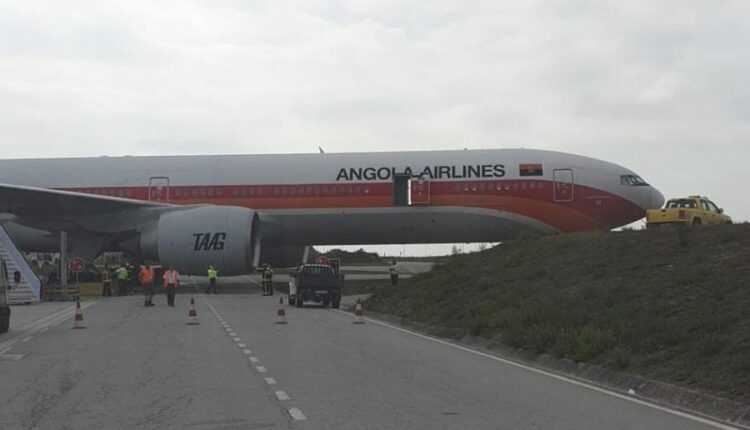 On 12 October 2019, the Boeing 777-300ER (D2-TEH) TAAG Angola Airlines was involved in an incident in Porto. The Portuguese authorities started an investigation together with the Angolan representatives.

This is a minor incident, which happened on the ground. For reasons not yet elucidated, the Boeing 777-300ER (D2-TEH) TAAG stopped at a shore. The aircraft operated the DT654 flight on the Luanda - Porto route. Around 06: 15, the plane landed at Francisco Sá Carneiro International Airport, Porto. Because the following flight was scheduled for 22 time: 00, the plane had to be towed to a parking area.

A Boeing 767 Atlas Air aircraft turned back after

An AN-26 plane crashes in South Sudan (photo /…

According to a video posted on social networks, the aircraft seems to be moving slowly on the treadmill. Then you hear a blow (with the right wing hit a pole) and the plane stops on a shore. A ground staff member can be seen running toward the aircraft.

The investigation must determine the causes that led to this incident. At the same time, Boeing 777-300ER (D2-TEH) TAAG Angola Airlines is undergoing an inspection to assess damage.

Were there problems with towing? Some witnesses say the tow bar would have come off. Others say it would be negligence on the part of the driver on the tug. Others say that the plane was not secured to the ground (the wheels were not locked) and started moving on its own. But we are waiting for the result of the investigation!