# BIAS2015 - About the first female pilot in Turkish Stars

This year, the people from Turkish Stars they came to Bucharest International Air Show with a new program, which we could all admire at BIAS NOTHING and we liked it, but also with a new member. One of the pilots of the squadron is the major Esra Ozatay, a young hope that confirmed in an extremely tough field, managing to classify many men in the world of aviation acrobatics. We got to talk to her a little bit.

Teodora Iulia Grama (AirlinesTravel editor): Congratulations on this achievement! What is it like being the only woman on an aerobatics team?

TIG: When did you start flying? How many hours of flight do you have at work?

EO: I started flying in the year 2000, I was 18 years old and I had about 2000 flying hours as a pilot-instructor and fighter jet pilot.

TIG: What was the first plane you piloted?

EO: The first plane I flew was the Cessna T-41 Mescalero - the military version of the well-known Cessna 172. 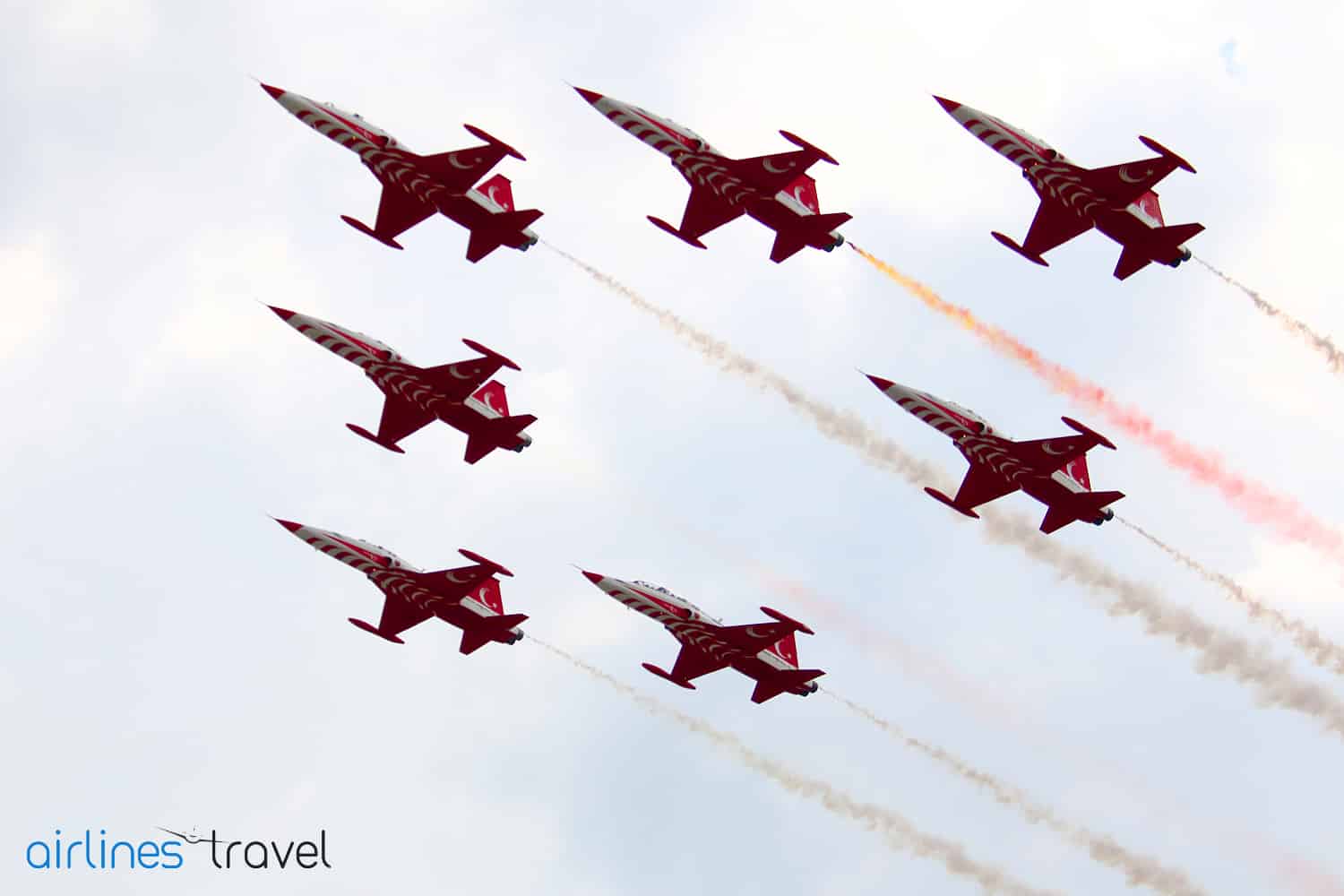 TIG: What advice do you have for girls and women who want to pursue a career in this area of ​​aerobatic aviation?

EO: Woman or man - I don't think this is important. It is important to be passionate about this field and to work a lot. With a lot of work and determination, anyone can become an acrobatic pilot.

TIG: We thank you!
EO: And I thank you very much!