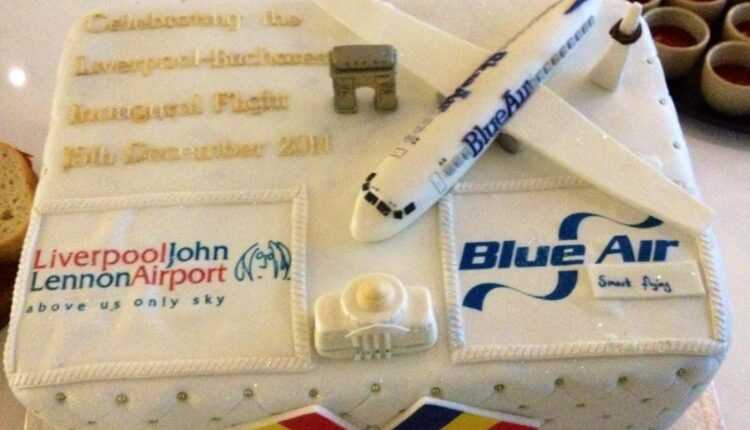 By Sorin Rusi On NEVER eat. , NEVER
0 326
Share FacebookTwitterPinterestLinkedinWhatsApp
Delayed plane? Flight canceled? >>Claim compensation now<<for delayed or canceled flight. You can be entitled to up to € 600.

On 15 December, Blue Air inaugurated the direct flight Bucharest - Liverpool and return with 3 frequencies / week, the first flight with an encouraging occupancy rate reaching the average of other routes already established.

Air tickets can be purchased online at www.blueairweb.com, through Call Center or those over 3000 from partner agencies in the country and abroad, at prices starting from 32,90 euro / flight segment. Hand luggage transportation is free, within the limit of 10kg.

The management of Blue Air was welcomed by officials of Liverpool International Airport "John Lennon", prominent representatives of the business environment in the region, as well as members of the Regional Tourism Office. Passengers have already enjoyed the traditional arcade consisting of two water cannons of the Emergency Service within the airport, an action that symbolizes the "baptism" of the route and received tourist information of the city of Liverpool and its surroundings.

In England, Blue Air has been operating since 2008, and currently passengers can enjoy direct flights to London (Luton), Bucharest and Bacau. From 31 March to 2015, Blue Air will also operate in Bacău - Liverpool.