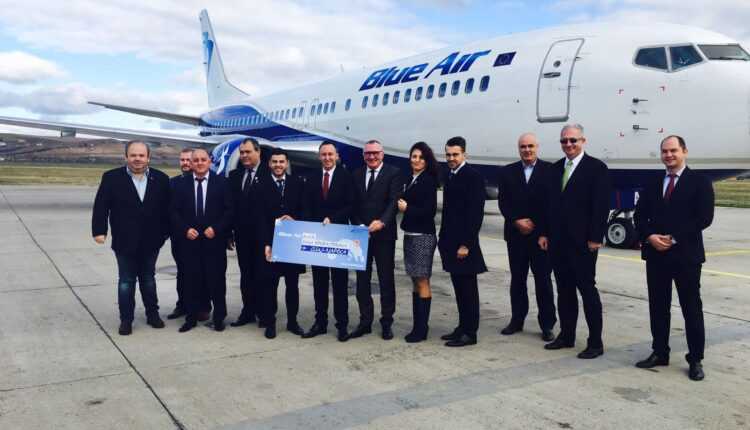 Blue Air inaugurated the base from Cluj, the 4 in Romania

The end of the month brings us news from Cluj-Napoca. On 30 October 2016, Blue Air inaugurated the base from Cluj, the 4 in Romania. It has allocated a Boeing 737-800 aircraft, which is configured in a class with 189 seats.

Blue Air Base in Cluj-Napoca

Blue Air began operations at Cluj-Napoca Airport on 3 June 2016, opening flights to Bucharest, Liverpool and Dublin. Moreover, the company introduced a triangular flight between Cluj-Napoca - Timisoara - Iasi on the 1 date of October 2016. Until the end of the year, more precisely starting with 16 December, Blue Air will connect Cluj to Birmingham, the second largest city in the United Kingdom.

Airbus A310 YR-LCA TAROM on the last commercial flight