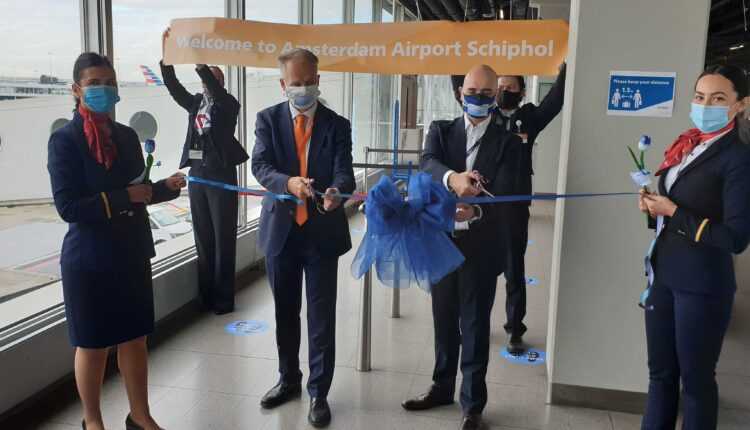 Starting with 9 October 2020, Blue Air connects Bucharest with Amsterdam and the whole world, providing its passengers with daily services to and from this key destination, at prices starting at 29 euros / segment.

The Blue Air aircraft was greeted with water cannons on arrival at Schiphol International Airport.

Blue Air passengers have shown significant interest in this new route, even in the current context of restrictions and a still limited travel appetite.

The loading degree of the aircraft was one above the current average, both on the departure flight to Amsterdam and on the return flight to Bucharest. Passengers received souvenirs from Schipol Airport to mark the inaugural Blue Air Bucharest-Amsterdam flight.

Blue Air will operate daily flights between Bucharest Otopeni (OTP) and Amsterdam Schiphol (AMS), according to the schedule:

Up to 4 weekly connections between Amsterdam and 4 key cities in Romania VIA Bucharest: Iași, Cluj, Timișoara, Oradea and Baia Mare.

The flights Doha - Bucharest and Bucharest - Sofia with Qatar Airways are resumed, from October 16, 2020