Another big news Blue Air is starting from the activity at the airport in Cluj. From 1 to June 2016, Blue Air will begin operating flights on routes Cluj - Dublin (Ireland) and Cluj - Liverpool (England). Both routes will be honored with two weekly frequencies. Rates will start from 27.99 EURO / segment.

Why did they choose these destinations? We do not have an official answer, but Blue Air certainly has studies and has entered an area not covered by another airline.

Blue Air moves flights from Bacau to Suceava and Iasi. Are…

Blue Air returns on flights to Madrid and Barcelona, 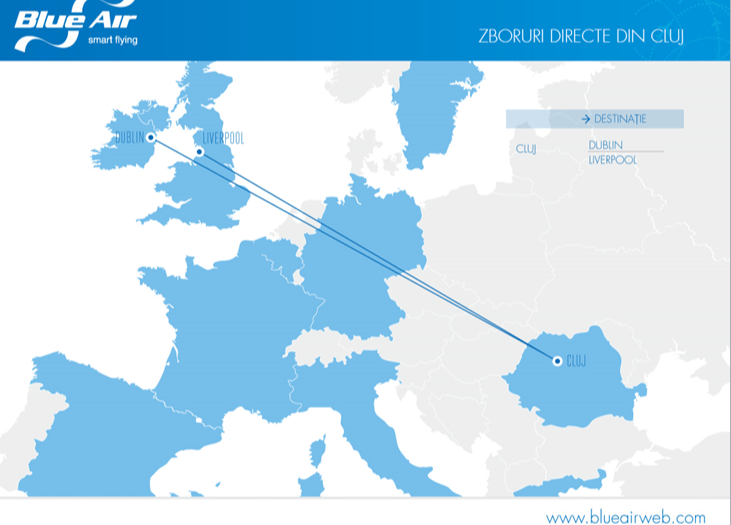 From the "Avram Iancu" Cluj International Airport there are flights to 23 from regular destinations to 11 countries in Europe and the Middle East. Served passengers have the opportunity to fly all over the world, the airport being connected to major European hubs.