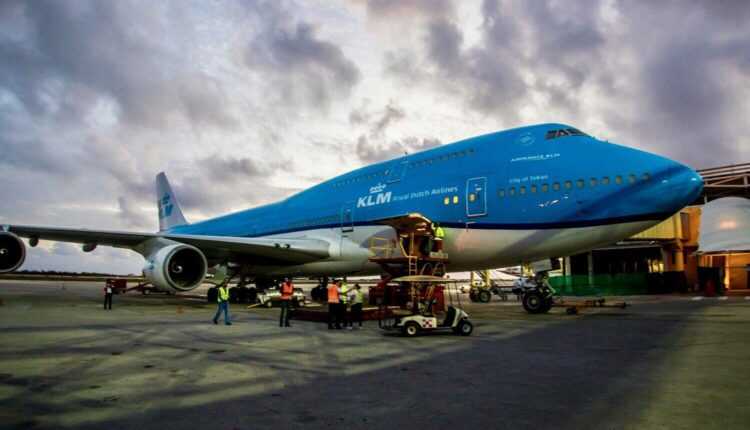 After Hurricane Irma "swept" the Caribbean islands, KLM decided to fly with Boeing 747-400 to Sint Maarten, one of the islands most affected by the hurricane. It's been about 1 a year since KLM replaced the 747-400 jumper with A330-200 on flights between Schiphol and Princess Juliana.

Earlier this month, Hurricane Irma "swept" the Caribbean islands, leaving behind only destroyed homes and much sadness. Once considered a spotter's paradise, Sint Maarten is now just a ruin. Even the airport was affected to a considerable extent.

On September 15, Boeing 747-400 flew to Curacao to load the aid and 268 of people who will come to support the locals in Sint Maarten. On Saturday morning, on 16 September, the aircraft flew to Sint Maarten

Although the airport was severely damaged and the runway covered with all sorts of debris, the local authorities managed to facilitate the landing of the Boeing 747-400 KLM aircraft safely.

From Sint Maarten, tourists, people with problems and those who do not live on this island will be evacuated to Aruba. The cabin crew and pilots contributed volunteers to these flights.

Once upon a time, Boeing 747-400 KLM aircraft were highly sought after at Sint Maarten, always being photographed from the famous Maho beach. Today, the beach is almost completely destroyed, and the airport closed for commercial flights. On September 19, the aircraft will return with passengers to Amsterdam.