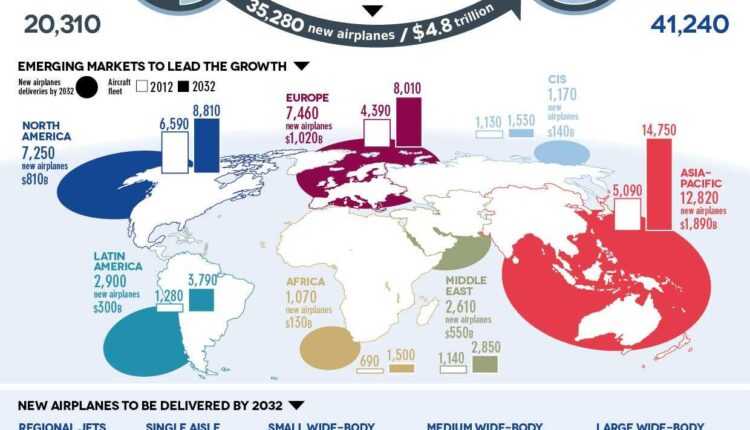 By Sorin Rusi Last updated NOT ANYONE. , NEVER
3 247
Share FacebookTwitterPinterestLinkedinWhatsApp

About 1 year ago, Boeing Estimates Market at 4.5 Trillion Dollars and 34 000 New Aircraft.

Here in 2013 the situation has changed a bit. Boeing estimates a market for 35 000 aircraft over the next 20 years, all valued at 4.8 trillions of dollars. 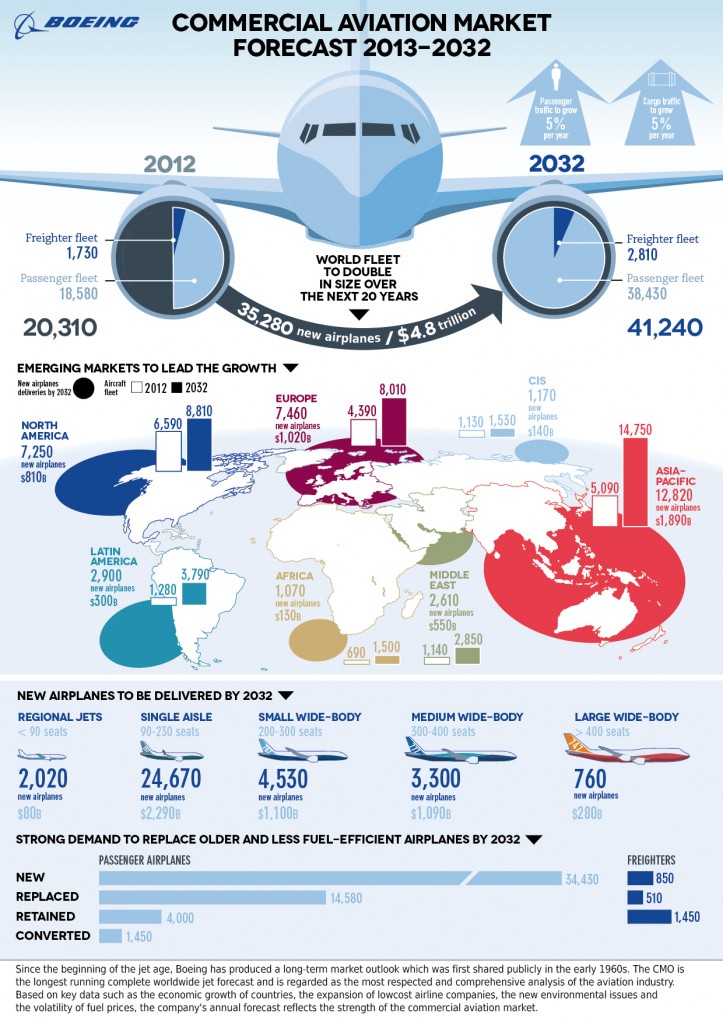 Civil air traffic is projected to increase annually with 5% and freight traffic with 5.2% over the next two decades. Single-aisle aircraft, especially Boeing 737 Next Generation and 737 MAX models, will be the most sought after, and estimates say they will be delivered over 24 670 units during the 2013-2032. Low-cost companies will record rapid growth, above the estimated average, and launch new flights to emerging areas.

Large and very large aircraft from the 747, 777, 787 families will also be in high demand. Boeing estimates a market for new aircraft 8590, most of which are scheduled to replace the long-haul fleets of large air carriers.

Boeing officials have also said that in the coming 20 years, new, more efficient and environmentally friendly aircraft models will be prepared, and here we mention the 777x or 787-10x.

New estimates show that markets in Asia-Pacific, Latin America and Africa will grow much faster than the market average.

Currently, 20310 aircraft are operational. Estimates show that 2032 will have 41240 aircraft in the civilian commercial service. This will mean a lot more new routes, bigger airports and a lot more jobs. It should be mentioned that this study presents the entire market and not just that of Boeing.