By Sorin Rusi Last updated NEVER Oct , NEVER
1 348
Share
Delayed plane? Flight canceled? >>Claim compensation now<< for delayed or canceled flight. You can be entitled to up to € 600.

British Airways announces the launch of two new fare categories for its entire network of short-haul flights, covering more than 90 destinations, exclusively for flights to / from Bucharest. In addition to the existing categories - standard and flexible - company guests are now given the opportunity to purchase tickets that cover a wider range of baggage and flexibility needs:hand-luggage only" and semi-flex. 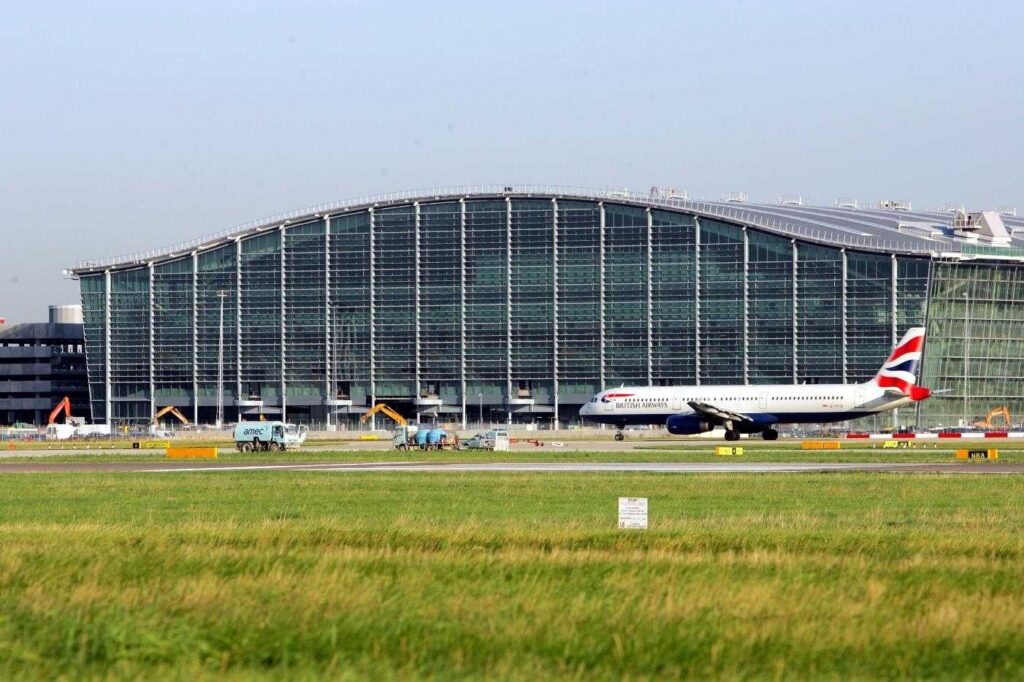 Tickets have already been released for all European and UK routes, with departures and arrivals from Heathrow, Gatwick and London City airports.

A semi-flex ticket will offer British Airways guests all the benefits of a standard ticket, such as the generous offer for hold luggage and the meal served on board. In addition, they will be able to enjoy:

• Free change of reservations on the day of departure, from the same airport to the same destination
• Free choice of seat on the plane, two days before the date of travel
• The possibility to change the travel date in advance without any charge

Semi-flex rates is an option that combines the advantages of standard and flexible tickets. Thus, on the day of the trip, passengers can change their reservation for free. For example, if a person at a meeting finds that the talks end later than initially anticipated, he or she may change their mind and choose a return flight that takes off later, provided that there are still seats available for that race. In such cases, there will be no fees for changes or services, and British Airways guests will not have to pay the difference between the initial cost of the ticket and the price available that day.

If a passenger has to change the reservation one day before the date of travel, he will not have to pay the date change fee, but only the possible price differences for the ticket in question.

British Airways guests who have purchased semi-flex tickets will also benefit from being able to book a seat on ba.com, free of charge, two days before the date of travel - thus offering an advantage over standard tickets, which allow this working with 24 hours before the flight.

Travelers can also choose and combine the standard, semi-flex and fully-flex categories for the same ticket.. For example, a traveler leaving from Bucharest to London for a meeting may opt for a standard ticket in the shower, because he knows at what time the meeting will start, but he can buy a semi-flex ticket on his return, in case the discussion takes place. - could have ended earlier than initially anticipated.

"So far, the" hand-baggage only "and semi-flex type tickets have been very successful among our guests because they allow them to create their most convenient bookings, either by using the flexibility available for one. or even both directions of the trip, either because of the price reduction granted to those who have no luggage, ”said Robin Glover-Faure, Head of Short-Haul, British Airways. “We now plan to launch both types of tickets for our entire short-haul flight network, so that all our clients flying to Europe or across the UK have more options and greater flexibility when traveling with British Airways. "

I did a short simulation on the route Bucharest - London and I found fares from 106 EUR / segment in the “hand baggage-only” category. I think that for a city break, a cabin luggage plus a photo / laptop bag is enough. 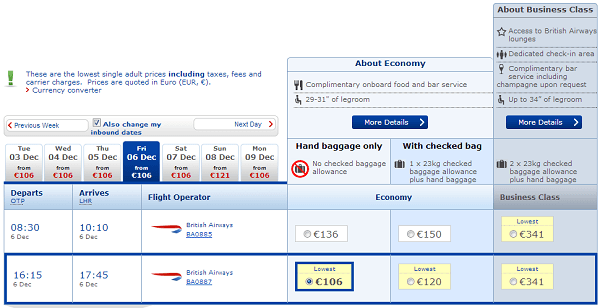 After selecting the fare plans on both flights, the message below appeared.

For those interested in a walk in London, 211 EUR for 6-9 December.