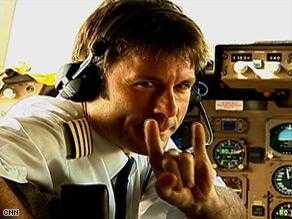 Bruce Dickinson, the lead singer of the band Iron Maiden, is known for his other occupation - that of pilot. He comes to the attention of fans passionate about airplanes with a new challenge. He wants to break the Guinness World Record for the longest flight in the simulator and is looking for a co-pilot.

Global Flight Simulator Challenge is a 100 pilots competition. They must travel virtually over 22000 nautical miles (40700km) in over 200 hours.

The competition has a humanitarian purpose, to build a flight simulator for students with disabilities who want to fulfill their dream of flying. This project costs 100000 pounds and could be completed in the next 5 years. The event will take place at Aerobility's Blackbushe Airport in Camberley in England, starting October 5, according to infomusic.ro!

Bruce put the co-pilot out to auction. Thus, those interested can bid on eBay to accompany the Iron Maiden soloist in the cockpit on the October 8 flight. At this time, the auction has reached £ 1950. You still have until September 24th.