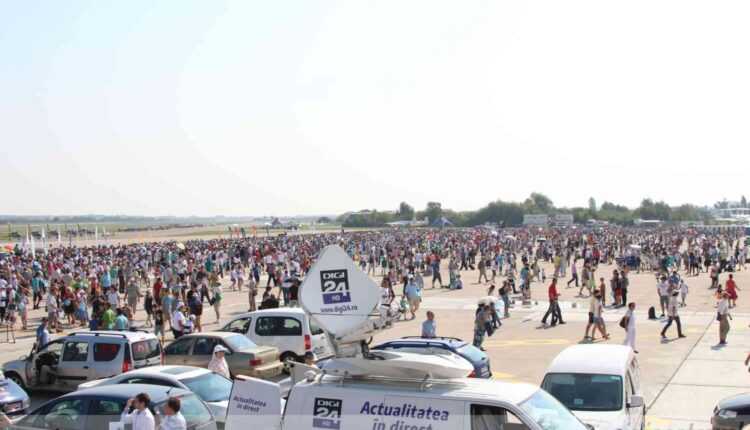 The long awaited aviation show in Bucharest - Bucharest International Air Show 2014 (BIAS 2014) - will take place on June 21 2014, starting at 09: 00. It will be a single day of aerobatics, with daytime shows and there will be no "flight in the twilight". There is also an exhibition of airplanes on the ground, something much larger compared to previous years.

On the list of those who will delight our eyes and telephoto, we will find: Romania's club, Hawks of Romania, Acrobats and Jurgis Kairys, Flying Bulls, Romanian Air Forces.

(a report by Adelin Petrisor for TVR)

One of the special invitations to #BIAS2014 is Zoltán Veres and we will enjoy a show with an MXS plane. Conformable facebook page dedicated to the event, Zoltán Veres is an instructor - captain for Boeing 737, examiner - chief and coordinator of the Licensing Department of the Civil Aviation Authority of Hungary. He has five records on Guinness World Records. He set a world record by running, in Al Ain, the United Arab Emirates, 408 of consecutive pitches. Annually, it participates in 35-40 aerial meetings, being attended by approximately 2.5 million spectators.

The list of special guests at #BIAS2014 will also be found Aero Club Galeb from Serbia! Galeb ("Pescăruş" in Serbian) The Flying Club in Belgrade is distinguished by the special interest of the staff and the members of the club regarding the refurbishment and preservation of vintage aircraft and their exposure to air shows, both at home and abroad. At Bucharest International Air Show 2014 we will be able to see a new show with SOKO G-2 GALEB (N-60 aircraft used for military purposes), a light aircraft with reaction, attack, one of the biggest achievements of the aerospace industry in the former Yugoslavia. .

For those who missed "Albinuţele" in 2013, Baltic Bees returns to Bucharest. Baltic Bees is a band recognized for its unique style of piloting and for the most difficult artistic maneuvers. They are made with military aircraft, but also with high speed and maneuverability - L-39C Albatros.

You will also have the opportunity to see Luca Bertossio, world champion in acrobatics with the glider.

The troops from the SRI with the antiterror exercises and the Romanian Air Forces with MIG 21 and IAR 99 will be missing. Hopefully we'll see TAROM at work. Last year, TAROM participated with a Boeing 737-700.

We will return with information about Bucharest International Air Show 2014 (BIAS 2014).

FAST PACKING: Mallorca from the 269 EURO