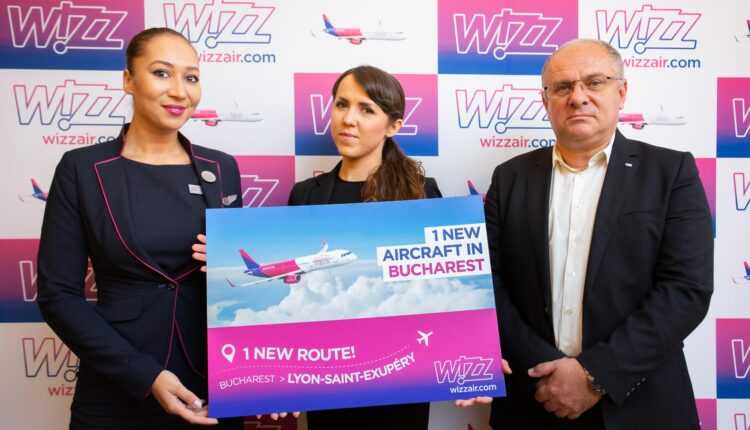 On September 19, 2019, Wizz Air had a press conference in which it announced a new route, frequency increases and a new A321 aircraft for the base in Bucharest. The new Wizz Air route is Bucharest - Lyon.

Ruta Bucharest - Lyon will be inaugurated on June 27 2020. There will be 2 flights a week, on Tuesdays and Saturdays. The tariffs will start from 119 lei / segment with all mandatory taxes included.

On the route Bucharest - Lyon, Wizz Air competes with Blue Air. Thus, together the 2 companies operate 5 weekly flights. The competition only benefits passengers, especially in the price segment. Thus, those who want to travel in the east of France, now where to choose depending on hours and rates. Tickets can be purchased from the Wizz Air website.