Bucharest - Dubai at 99 EUR with TAROM

A documentary about Dubai!

TAROM launches a new special offer with prices from 119 €

Dubai seems to have been one of the most sought after destinations, with most of the promo tickets already being sold. After a few minutes of searching, I managed to find the price of 99 EUR for Bucharest - Dubai - Bucharest, all taxes included, between 14 January - 22 January. 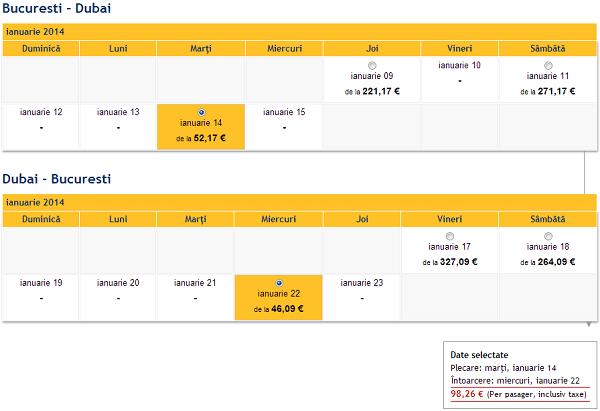 (simulation done on the site TAROM)

You should take advantage of the offer. When there are severe colds in you, Dubai could average 24 degrees, sunshine, maybe some rain. If you find more for other periods, we look forward to comments.