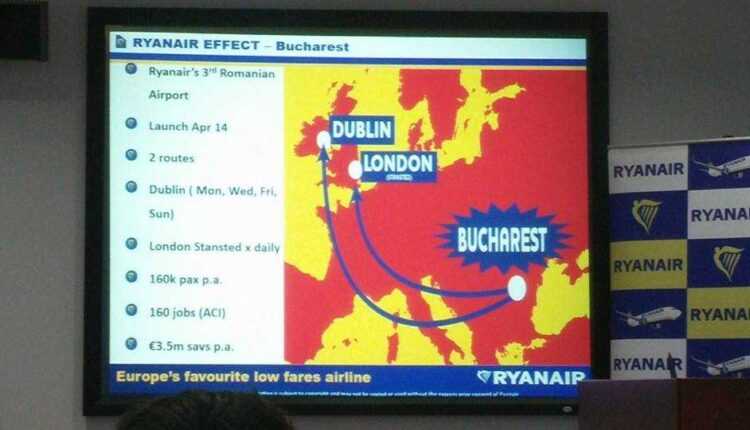 Update: Ryanair will begin operating the route on 30 March 2014!

After they announced route Bucharest - Dublin About a week ago, officials Ryanair held a press conference at Henri Coanda International Airport and also announced Bucharest - London Stansted, from 14 April to 2014.

At this moment, the route Bucharest - London becomes the busiest with 6 airlines, 4 low-cost (Blue Air and Wizz Air to Luton, easyJet to Gatwick and now Ryanair to Stansted) and 2 full-service (TAROM and British Airways) . The interesting part is that Ryanair will operate flights to Stansted Airport, London's 4th Northeast Airport, about 65 km from the center of the English capital.

Although it has many seasonal races, London Stansted traffic is quite hectic. From / to London Stansted also flies Air Berlin, Air Moldova, Belle Air, easyJet, Germanwings, Pegasus Airlines, Thomson Airways and many more.

From all this madness, it is certain that the price on Bucharest - London will drop quite a lot, and this can only make us happy.

Ryanair will fly daily on the Bucharest - London route after the following schedule:

Emirates flies daily with 2 Airbus A380 in Munich