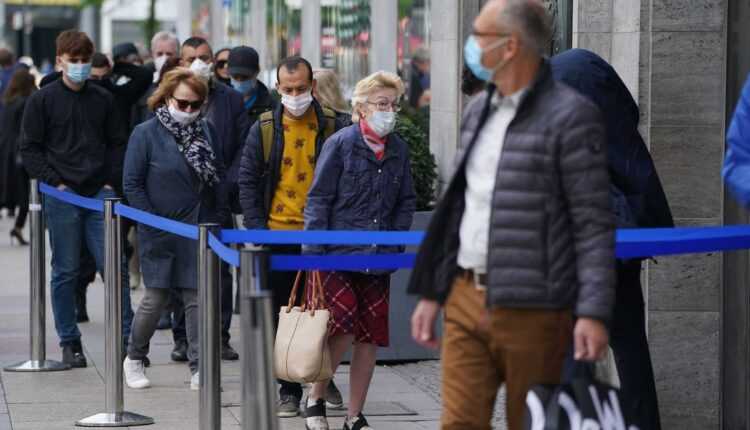 Bucharest and 17 counties in Romania, on the list of "risk areas" of Germany. Negative COVID-19 test or FREE test upon entry into Germany.

Bucharest and 17 counties in Romania, on the list of "risk areas" of Germany.

As a result of this update, Bucharest, along with others 10 counties in Romaniaor Bacău, Brăila, Brașov, Dâmbovița, Galați, Gorj, Ilfov, Prahova, Vaslui, Vrancea were added on list of risk areas. This measure entered into force on the date of publication of the decision, respectively on 12 August 2020.

The Ministry of Foreign Affairs reminds that 7 counties (Argeș, Bihor, Buzău, Neamț, Ialomița, Mehedinți and Timiș) are already declared risk areas from August 7, 2020. Thus, in total, at this moment, 17 counties along with Bucharest are on the list of risk areas.

According to the information publicly provided by the German authorities, All the persons, regardless of citizenship, who enter the Federal Republic of Germany after being in one of the risk areas must present a COVID-19 negative test, performed no later than 48 hours before arrival (translated into German or English) or, alternatively, to be tested, FREE of charge, within a maximum of 72 hours of arrival on German territory.

The test can be performed directly at the airport or within 72 hours of entry into Germany, to the family doctor or to the local health authorities. In this regard, passengers must contact the medical emergency telephone number 116 117. In case of non-fulfillment of the test obligation, the German authorities can impose penalties of up to EUR 25.000. Testing is mandatory for people coming from "risk areas" and recommended all other passengers entering German territory.

Filling in the location form

Also, persons entering the Federal Republic of Germany from a risk area (including the above-mentioned) are required to complete a location form - Public Health Passenger Locator Form - the English version of which.

The mere transit through German territory is not conditional on the above-mentioned obligations. During transit, it is necessary to avoid any close contact with other people and to observe specific protection measures (social distance, hygiene, mask) being allowed short stops for food or fuel, but not those of tourism or visits.

Information on new measure to update "risk areas" by including in the list some counties from Romania:

The rules of conduct, restrictions and relaxation measures decided at the level of each German state can be accessed on the website of the Federal Chancellery.

Information on the measures taken by the German authorities or the recommendations they make to the public may also be accessed in several languages ​​of international circulation: German, English, French.

The delay of the SAS SK4700 flight, from August 7, led to the isolation of 158 passengers

As of August, British Airways has resumed flights to several holiday destinations