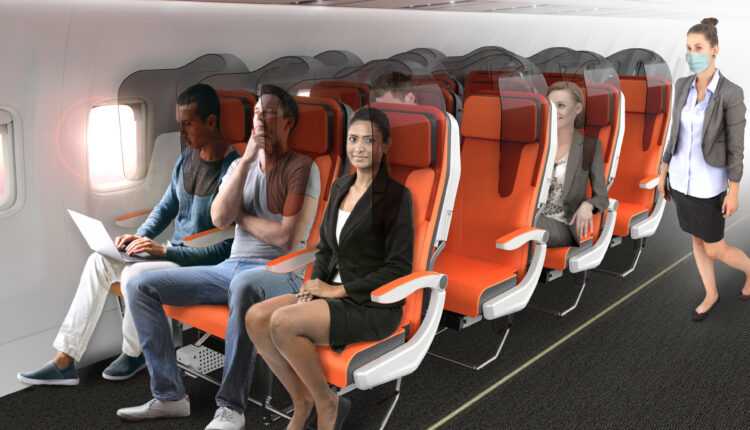 INFO: Air travel during the COVID-19 pandemic (rules and restrictions)

By Sorin Rusi Last updated NEVER, NEVER
0 29.885
Share FacebookTwitterPinterestLinkedinWhatsApp
Delayed plane? Flight canceled? Claim compensation now for delayed or canceled flight. You can be entitled to up to € 600.

COVID-19 pandemic led to a global economic disaster. We may not (yet) feel the economic crisis, but millions of people have lost their jobs after several industries stopped working. Among the most affected are aviation and tourism with all tangential and related branches. But heavy industries, car manufacturers, oil companies and more have also been affected.

Draconian measures taken in hopes of slowing the spread of the new coronavirus have led to the isolation of more than 4.5 billion people globally at home. They led to the closure of the borders and to suspension of millions of flights. Thousands of planes were stranded on the ground due to lack of activity.

Austria puts Romania on the risk list of "SARS-CoV-2"…

Rules of entry into Belgium and rules to be followed

But you can't stay like that indefinitely. People need money, they need to move, go to work and even travel. In Europe, many countries are showing signs of easing restrictions, but with the application of social distance measures. And including aviation, tourism and hospitality are discussed the resumption of activities, but limited.

Rules and restrictions in aircraft

Now speaking strictly of aviation, many companies want to resume their activity. People want to travel to families, in the interest of work, to develop new businesses. The tourism industry may not revive with the first flights, but aviation has a very important role to play in the development of the economy.

Among the special measures of social distancing and verification of COVID-19, which are under discussion (other companies already apply them), we find: taking the temperature with the help of thermal scanners on the departures and arrivals flows at airports and with the thermometer on boarding the plane, passengers will need to wear masks and gloves; passengers are obliged to keep their social distance compared to peers at check-in and boarding offices; leaving a free space between passengers on the plane, especially in the middle.

The last measure is harshly criticized by several airline bosses, the most vocal being Michael O'Leary, CEO of RYANAIR. This would reduce the load on the aircraft by at least a third. And as a result, plane tickets will become more expensive. Or in times of pandemic, when the economy is down, the rise in airfare would lead to lower demand and the collapse of airlines.

Airlines promise to sanitize aircraft after each flight, replacing air filters more often and equipping crews with gloves, masks and protective coveralls. Obviously, there will be hygiene products on board - antibacterial soap and antibacterial wet wipes.

Emirates has decided to test passengers for COVID-19 before boarding. Qatar Airways was interested in starting passenger testing. There will probably be other airlines.

I noticed that there is another rule proposed by some airlines: passengers would no longer be allowed with hand luggage on the plane, except for handbags, laptop bags / photo-video equipment, baby bags. That makes us think. Can someone explain to us "why this rule?".

Seats with protection in airplanes

There is also a proposal from Aviointeriors, an Italian company specializing in the design of aircraft seats. It comes with 2 solutions. One would be the alternative arrangement of the front / rear seats. That sounds funny to me. I mean, I understand that the middle passenger flies with his back and will be isolated from the passengers in line with him, but it will be very easy for him to contaminate those in turn in front of him.

Another idea would be to mount protections made of a harmless and transparent material on each seat. Passengers will not have more space, but in theory they would be better isolated from each other.

Personally, I don't think that these proposals will be successful, even if maybe some airlines would like to implement them in the hope that this is the only way they will sell all the seats on the plane.

Analyzing all these rules, it is difficult for me to know if the passengers will really be protected or just mimic their protection. There are no studies showing the effect of these social distance rules applied in aircraft. On the street or in shops I understand their applicability and it's really ok, but on the plane where everything is narrow, limited space? We avoid getting infected when we are in chairs, but we get up and crowd when we disembark. We keep our distance from the airport, but on the plane we rub against each other on that narrow corridor.

I think the only really practical and useful solution is to wear a mask and gloves, plus use a disinfectant gel / disinfectant solution. And obviously frequent disinfection of aircraft.

Will you travel by plane? What rules do you think would be useful in future trips?

PS ATTENTION! The rules mentioned above are being debated or applied by several airlines. At the moment it is not a generalization at European or global level. If you have flights in the near future, check the travel rules applied by the airlines where you have your tickets.

PPS ATTENTION! Here we only talked about flight. But we recommend that you also be interested in the rules of travel to the desired destinations. There will be countries where the restrictions imposed will lead to institutionalized quarantine or isolation at home. Other countries will want a health certificate. You can check the restrictions as well as the documents required for the trip at: iatatravelcentre.com. For travel in Europe, see also the MFA website.