Carpatair and the new development strategy 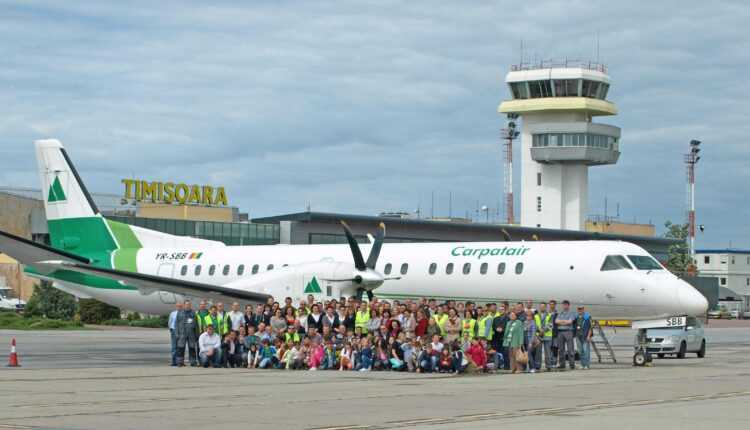 Carpatair and its mysteries

By Sorin Rusi On NOT ANYONE. , NEVER
1 386
Share
Delayed plane? Flight canceled? >>Claim compensation now<< for delayed or canceled flight. You can be entitled to up to € 600.

Carpatair communicates very strangely and nobody understands the strategy of this airline operator. After announced a capital infusion of 5 million, the full-service Romanian operator comes and announces the new development strategy, as well as the changes in the fleet.

Yesterday, 31 May 2013, the last Saab 2000 aircraft left the Carpatair fleet, after 10 years of service under the company insignia, thus marking an important change in Carpatair's strategy: switching to direct flights, without stops in Timisoara.

The YR-SBB (Saab Bravo Bravo) was the star of the photo session organized on the platform of the "Traian Vuia" International Airport in Timisoara, the city where the company headquarters is located. Propeller aircraft (turboprops) are replaced by larger medium-sized jet aircraft, Carpatair thus changing the strategy for the development of point-to-point flights from those airports in Romania where free competition between airlines is encouraged.

So Carpatair gives up the Timişoara hub and prefers direct flights between Romanian and Western European airports. I am curious if they will resume flights from Bucharest airport. In other words, from June 22, Carpatair renounces the internal routes Timişoara - Bacău, Timişoara - Craiova and Timişoara - Iaşi.

Related to the Swedish production model Saab 2000, this is one of the fastest and fastest turboprop aircraft in the world, with a flight speed of over 665 km / h. During the 2003 - 2013 period, Carpatair operated a fleet of 18 aircraft from the Timisoara Airport, including 14 of Saab-2000 type. Thus, the Romanian airline became the largest Saab-2000 airline operator in the world. During the 10 years of operation of SAAB-2000 aircraft, millions of passengers were transported over 3.5.

TAROM has officially launched flights to Dublin in Dublin

Wizz Air has announced the new brand ambassador for Romania