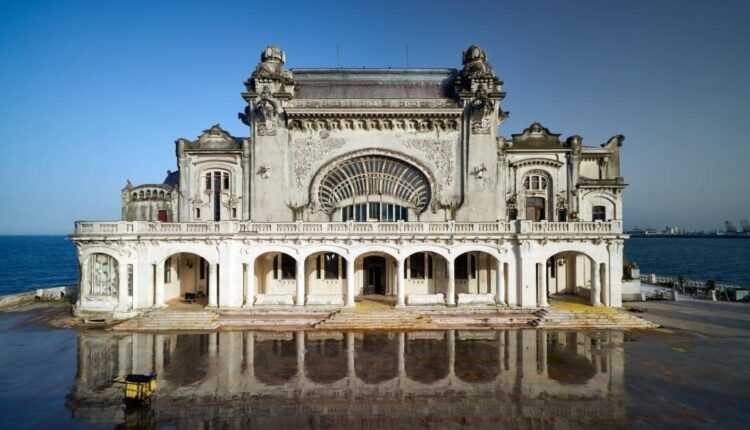 The casino in Constanța, reactivated by an advertisement on the TVs SONY BRAVIA

The new advertisement on the TVs was filmed and presented SONY BRAVIA. This is part of the new European advertising campaign, which presents the quality of the images offered by the new range of TV BRAVIA 4K HDR.

The casino in Constanța

The ad was filmed on The casino in Constanța, putting this symbol of Romania in a spectacular perspective. The advertisement was directed by the American Andrew Stinger, and the soundtrack provided by the singer Tom Odell.

Filmed and produced in 4K quality by American director Andre Stringer and the DDB Berlin team, the advertisement brings to life the abandoned casino in Constanța, Romania, using 4.000 balloons and over 1.500 kg of glitter, to create a unique visual frame. 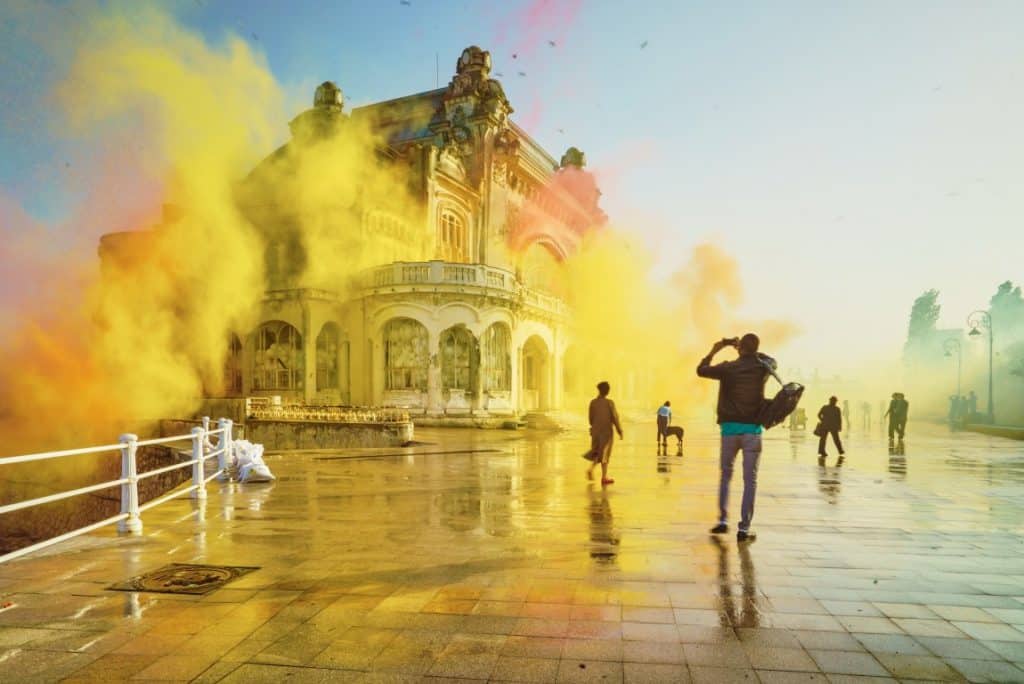 Using a combination of different shooting methods and angles, the advertisement was designed to capture the brilliance and beauty of the 4K HDR TV range, by juxtaposing white balloons and multicolored glitter, culminating in the amazing color explosion.

Campaign message "More Brilliance. More Beauty"Will be transmitted through several channels: cinema, VOD, online, outdoor and shops and will present the exceptional colors, contrast and details offered by the new range of Sony 4K HDR TVs. The campaign will be launched in Great Britain, Ireland and Germany at the beginning of October. A good opportunity to promote the Romanian coastline abroad. 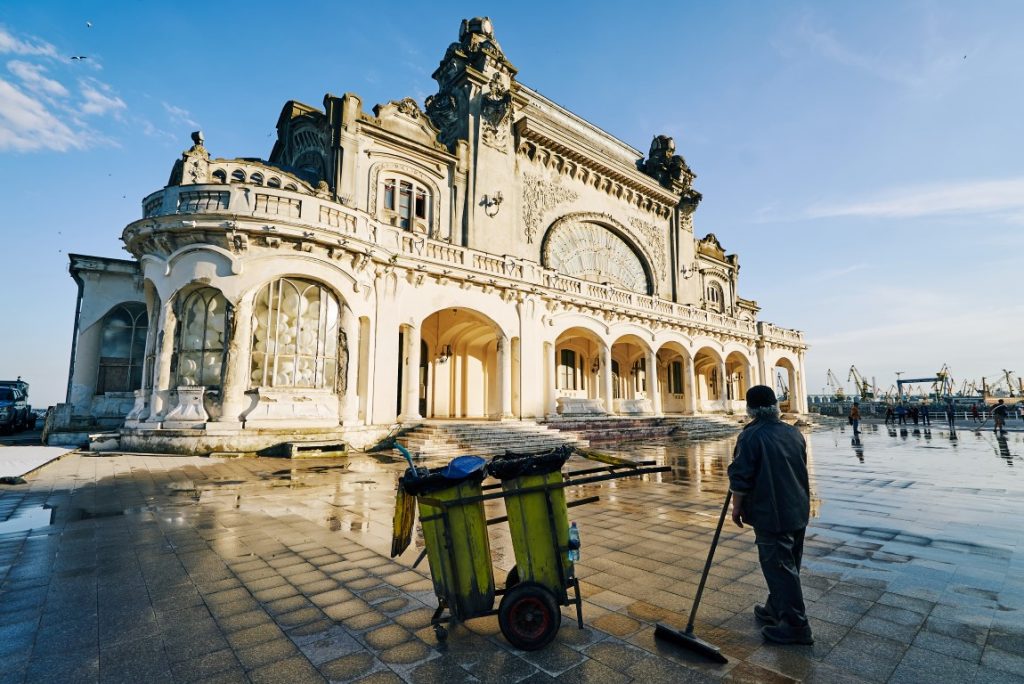 A spectacular revival of the most controversial monument in Romania, a representative historical building for the city of Constanța. If the authorities still do not see the positive side of this casino, here are people with beautiful ideas and projects. Through such actions, Romania gains a lot at the image level, and tourists could be attracted to these places.

How many will want to see or revisit this Casino, over which many years of indifference have passed from the local authorities? What other historical buildings could be restored to the same splendor?