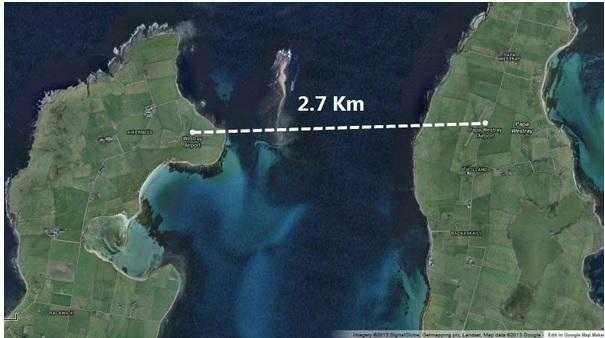 The shortest commercial flight in the world: Westray - Papa Westray with Loganair.

By Sorin Rusi Last updated NEVER TUESDAY. , NEVER
7 1.766
Share
Delayed plane? Flight canceled? >>Claim compensation now<< for delayed or canceled flight. You can be entitled to up to € 600.

Has anyone thought about what might be the shortest operational commercial flight? I found him introduced by Ioana! It is a route operated by the airline Loganair, which connects the islands Westray and Father Westray from Orkney Archipelago, Scotland.

The shortest commercial flight in the world

The flight is fixed 2 minutes and is operated by aircraft Britten-Norman Islander by 8 places. If the weather is good and the wind is favorable, the flight can be done in 47 seconds. The route is operated from 1960.

I checked and the route is operational twice a day, one morning flight around 8 and one at noon around 15: 15. The fare is about 30 dollars and no onboard services are included.

Below you have a full-fledged video.

How to pack my hand luggage? Demonstrative video!