The shortest A380 flight in the world, on the Dubai - Muscat route 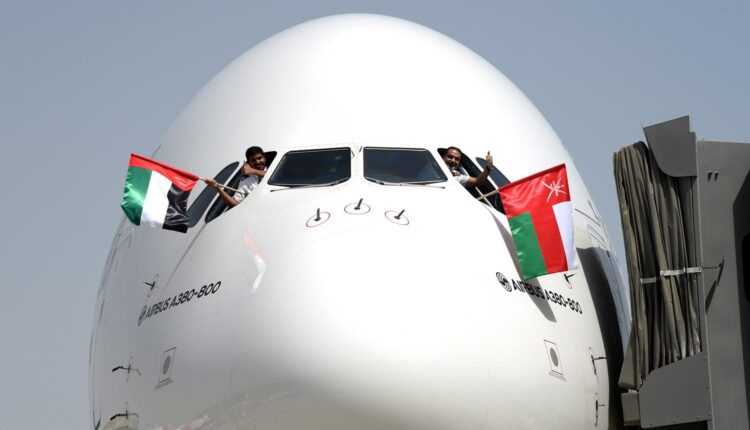 The shortest flight by A380 in the world, on the Dubai - Muscat route

By Sorin Rusi Last updated NOT ANYONE. , NEVER
0 885
Share
Delayed plane? Flight canceled? >>Claim compensation now<< for delayed or canceled flight. You can be entitled to up to € 600.

From July 1, 2019, Emirates will fly with Airbus A380 on the route Dubai - Muscat. Thus, it will be the shortest flight operated with the A380 in the world.

The shortest flight operated by A380 Emirates

According to the Emirates website, the distance of 340 kilometers will be traveled in 1: 15 hours. In reality, this flight will probably take 30 minutes. It will be the shortest flight operated with A380.

The A380 aircraft, which will fly on the Dubai - Muscat route, will be configured in 3 classes: 429 seats in Economy, 76 seats in Business and 14 seats in First Class.

The launch of regular flights with A380 to Oman comes at 1 year from single flight operation, which marked 25 years of flights between Dubai and Muscat.

Emirates has been flying to Oman since 1993. It currently operates three daily Boeing 777-300ER flights on the Dubai-Muscat route. Emirates owns the largest fleet of Airbus A380 aircraft in the world.