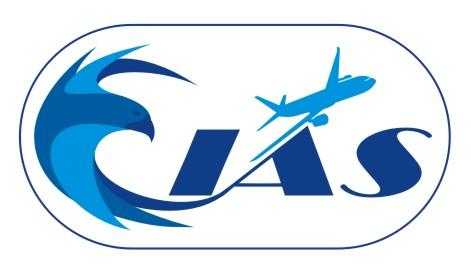 On 20 January 2014, the Britten - Norman Islander (BN - 2) (YR-BNP) aircraft belonging to the Higher School of Civil Aviation landed in the Apuseni Mountains, at the border of Alba, Cluj and Bihor counties. I will not insist on the unfortunate event that resulted in the death of Adrian Iovan (the pilot in command) and Aurelia Ion (student-officer in the 5th year at the Medical-Military Institute in Bucharest), but I will focus on the investigation. It is premature to determine precisely the causes that led to this accident, so it would be best to leave the institutions empowered to handle the case.

The Center for Civil Aviation Safety Investigations and Analysis - CIAS is the only technical body in Romania, specialized in carrying out civil aviation safety investigations. CIAS was established in the year 2010, as a public institution with legal personality, subordinated to the Ministry of Transport and Infrastructure, by reorganizing the Air Transport Investigation Service.

CIAS is designated to organize, lead, coordinate, control and execute the investigation of civil aviation events, in order to determine the facts, causes and circumstances that led to their occurrence and to issue recommendations for civil aviation safety, according to the provisions of the Regulation (EU) 996 and of art. NO paragraph (2) of the Government Ordinance no. 2 / 51, approved with modifications and completions by Law no. 1999 / 794.

"The Civil Aviation Safety Investigation and Analysis Center professionally carries out the investigation of all civil aviation events, and the public opinion should understand that the investigation process is a long one and involves going through several successive stages, in order to produce the investigation reports. . Thus, CIAS specialists travel to the place of the event, take samples, data and recover debris from the wreck of the aircraft, transport the wreck, return to the Bucharest headquarters, analyze all relevant documents, evidence and information and, if necessary, have other expertise. technical (depending on the case) to certain components of the aircraft. The data obtained are corroborated and materialized in a Draft Report, which is transmitted to all the states involved in the event, through the similar bodies CIAS.

In the event of the January 20 accident, 2014, produced with the Britten - Norman Islander (BN - 2) aircraft, with the registration number YR-BNP and belonging to the Higher School of Civil Aviation, the report will be transmitted to the United States of America (via NTSB - National Transportation Safety Board) and Great Britain (through AAIB - Air Accidents Investigation Branch) ”, said Nicolae STOICA, General Director of the Center for Civil Aviation Safety Investigations and Analysis.

"After drafting the Draft Report, according to the provisions of chapter 6, point 6.3 in Annex 13 to the International Civil Aviation Convention on the investigation of aviation accidents and incidents, for 60 days it is expected to receive any observations from the states involved. After the completion of this period, the Draft Report will be made possible additions (if the observations received are relevant), and the Final Report resulting from the investigation can be made public ", added Nicolae STOICA.