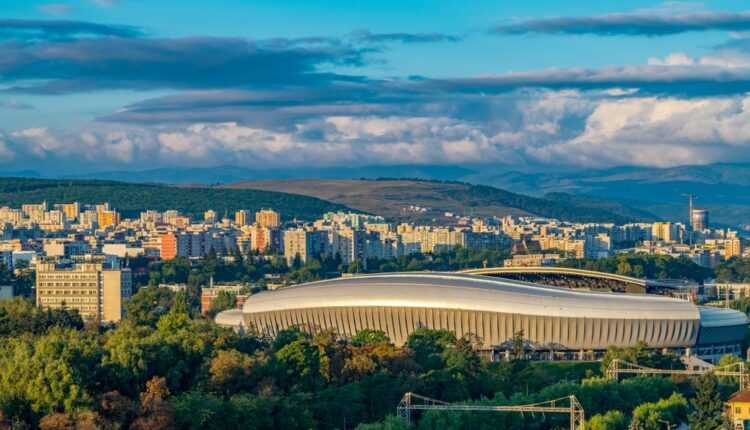 Cluj has awarded two of the largest festivals in the country, Electric Castle and Untold. Their audience is increasingly choosing to get to the festival by plane.

According to estimates Vola.ro, during the festival weeks the airport "Avram Iancu" in Cluj-Napoca recorded up to 40% more travelers than in a normal period.

July, the busiest and most expensive year for flights to Cluj-Napoca

Two of the biggest festivals in Europe, Untold and Electric Castle, turned July into the busiest and most expensive of the year, for plane trips to Cluj-Napoca.

Flights have been booked since November 2018

For both festivals, the flights have been in operation since November 2018. The first bookings for the Untold festival were made from 11 November 2018, the day the 2019 edition dates were announced.

This is a reservation for 4 persons, on the Bucharest - Cluj-Napoca route and return, with Tarom, worth 452 euro - 113 euro per person (taxes and luggage included).

The first plane ticket to Cluj-Napoca during the Electric Castle festival was bought on 21 November, the day the first artists announced to perform on the festival stage were announced. The ticket price on the Bucharest - Cluj-Napoca route (and return) was 123 euros, for a flight with Tarom.

Tourists who wanted to participate in festivals in the western part of the country paid between 80 and 401 euros for the plane ticket. If for the tickets of travel data during the period of the Electric Castle festival the average price was 158 euros, during the festival Untold the prices were up to 20% higher.

On average, a round trip ticket on the Bucharest - Cluj-Napoca route during the Untold festival cost about 194 euros.

Certainly, the 2 festivals will take place in 2020. As some of the parties have done, it is best to book your accommodation and transport in advance. As soon as the event dates have been announced, book your tickets because the seats are limited and prices rise from one booking to the next.

During the Cluj festivals, the most requested route was Bucharest - Cluj-Napoca