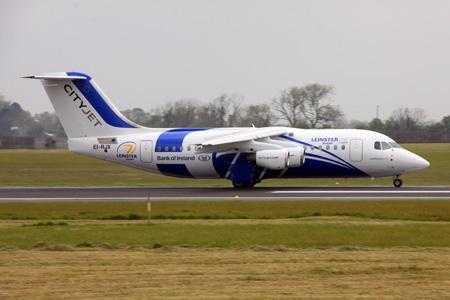 By Sorin Rusi Last updated NEVER, NEVER
0 233
Share FacebookTwitterPinterestLinkedinWhatsApp
Delayed plane? Flight canceled? >>Claim compensation now<< for delayed or canceled flight. You can be entitled to up to € 600.

CityJet, a regional airline in Ireland, unveiled the new logo Leinster Rugby from the BAe RJ85 aircraft (registration number EI-RJX). CityJet and Bank of Ireland are official partners of the Leinster rugby team.

The EI-RJX aircraft was unveiled today in Dublin. He will transport the Leinster team to London for the Ulster match of the Heineken Cup final. It will be the hottest rugby match in Europe!