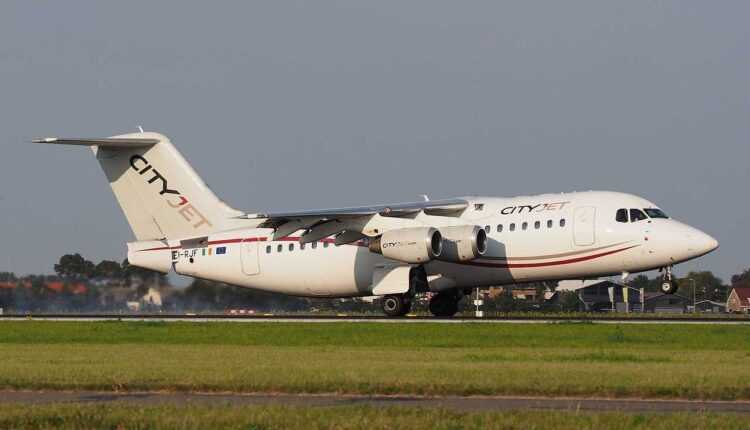 CityJet has been saying goodbye to the latest BAe Avro RJ85

According to FlightRadar24.com data, on November 3, 2020, aircraft Avro RJ85, registered as EI-RJF and called "Great Blasket Island", took off for the last time from Dublin Airport (DUB) to Keflavik Airport (KEF), Iceland.

The story of the last CityJet Avro RJ85 began in 1998. The aircraft was delivered to its first owner, Mesaba Airlines, a former American airline in Minnesota. After 8 years of flying under the code N518XJ, the Avro RJ85 was transferred to BAE Systems Asset Management and re-registered as G-CEFN in 2006.

The aircraft received current registration as EI-RJF when it was added to the CityJet fleet on August 24, 2007. Following the withdrawal of its latest Avro RJ85, CityJet will operate a homogeneous fleet of a single aircraft type.

It currently owns 20 Bombardier CRJ-900 aircraft, of which 14 aircraft are in operational service and 6 are temporarily parked. CityJet has 2 operational bases, in Dublin and Copenhagen.

KLM will receive the state-guaranteed loan from the Government. The pilots will sign the agreement!