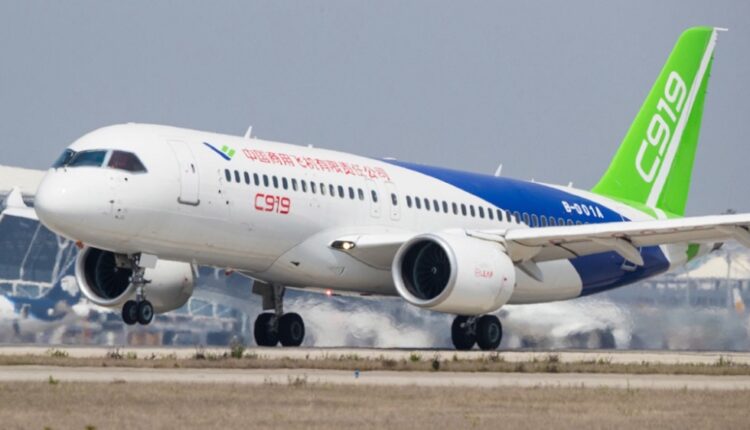 COMAC C919 is one step closer to certification. COMAC will apply for C919 certification from the Chinese Civil Aviation Administration (CAAC), a competing model for A320 and B737 aircraft, by the end of 2021.

2021 may be an important year for the new aircraft, after a decade of uncertainty. COMAC first announced the C919 project in 2008. Initially, the aircraft was to fly for the first time in 2014, and in 2016 it was to enter frequent operational service.

Due to some assembly problems, the project was delayed until 2017, when the first COMAC C919 plane took off. And now, in 2021, its certification is already being discussed. The first C919 aircraft will be delivered to China Eastern Airlines, which has signed a memorandum for 5 aircraft.

In addition to the long-awaited single-aisle aircraft - COMAC C919, the first “made in China” jet engine is also being developed in China. This is the CJ-1000A, first unveiled at the Beijing Air Show 2011. It is being developed by AECC Commercial Aircraft Engines and is expected to be ready in 2025.

And let's not forget the CR929, a 2-color wide-body aircraft that will compete with the Boeing 787 and Airbus A350. It is also being developed by COMAC, and the plan is to operate the first flight in 2025. If all goes according to plan, the new CR929 would enter operational service in 2028-2029.

Maldives intends to eliminate the PCR test for those vaccinated