The commander of the Pegasus aircraft, which broke into pieces in Istanbul, was arrested 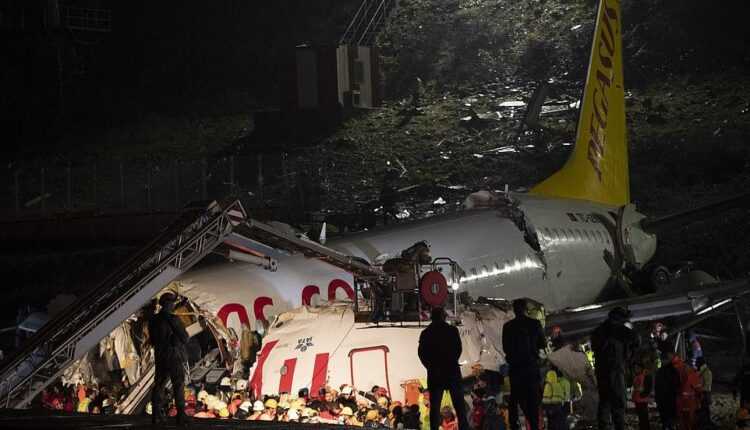 The commander of the Pegasus aircraft, which broke into pieces in Istanbul, was arrested

On Monday, February 24, 2020, the Anadolu news agency announced that the pilots of the Boeing 737-800 Pegasus aircraft involved in the Istanbul plane crash had been heard. The aircraft commander was detained.

Ankara prosecutors decided to arrest the MA commander, accusing him of causing the accident that resulted in the death of 3 passengers and the injury of 179 people. Investigators accuse pilots of negligence.

He plunged off the track on a 30-meter difference, at which point he broke into pieces. There was also a small fire, but quickly liquidated. The plane operated flight PC2193, on the route Izmir - Istanbul.

According to the latest information, 177 passengers (including 2 babies) and 6 crew members were on board. 179 people were injured and admitted to hospitals in Istanbul, some with more serious injuries. And, unfortunately, 3 people lost their lives.