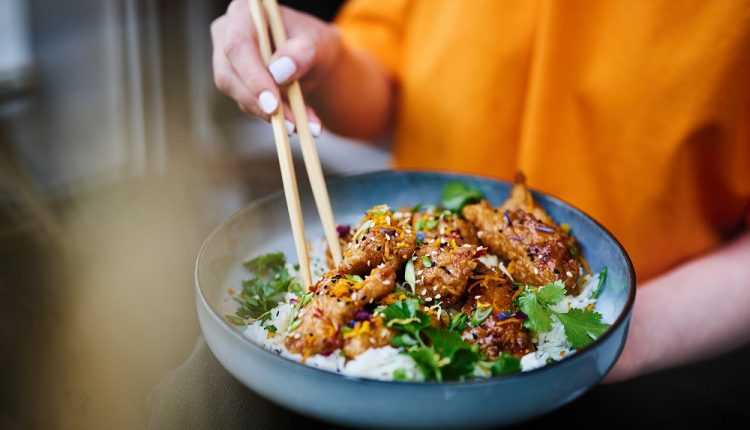 If you are a fan of Asian food, especially Chinese food, to enjoy it to the fullest you have to eat it with chopsticks. But before we talk about the techniques and instructions for eating with chopsticks, let's take a look at their history.

The earliest versions of Chinese chopsticks were probably twigs used to chew food from cooking pots. When resources became scarce around 400 BC, skilled cooks figured out how to save fuel by cutting food into small pieces so that it could cook faster.

How to eat with chopsticks

This new method of cooking has made the existence of a table knife useless. A practice that also fits into the non-violent teachings of Confucius, as expressed in one of his many quotes: "The honorable and upright man stays away from both the slaughterhouse and the kitchen. And he doesn't allow any knives on his table”. It should be noted that the philosopher Confucius contributed to the spread of chopsticks. He campaigned against the use of a table knife

From Confucius (Chinese philosopher) to the present, "Food is the Most Important Thing" and even the traditional greeting “Who do my hands” = “Did you miss it?”.

By the year 500 AD, chopsticks had spread to Japan, Vietnam, and Korea. Early Japanese chopsticks were used strictly for religious ceremonies and were made of a piece of bamboo joined at the top like tweezers. Be aware that Thais do not usually use chopsticks.

Overcoming superstitions, it is very useful and interesting to learn to eat with chopsticks. I admit, I'm a fan of Chinese cuisine, maybe some Japanese. But in terms of the use of chopsticks, I still have to practice. It is said that those who use chopsticks can improve their memory. So I will continue to improve my chopstick eating technique.

Techniques and instructions for eating with chopsticks

For this, I looked for some tutorials, which were useful to me and I want to share them with you. Below we have one of the best tutorials on how to eat with chopsticks, regardless of the material from which they are made.

It should be noted that the sticks are not held too close to the top or the opposite end, but to 1/3 of their length. Normally, the chopsticks should be equal in length. The technique of eating with chopsticks requires a lot of concentration at first.

Some interesting and useful information about eating with chopsticks

How do you do when it comes to eating with chopsticks?

Due to a technical malfunction, T2 London Heathrow has been transformed into a luggage storage!

Visit all 12 Disney parks in the world in a 24-day tour! See how much it costs!