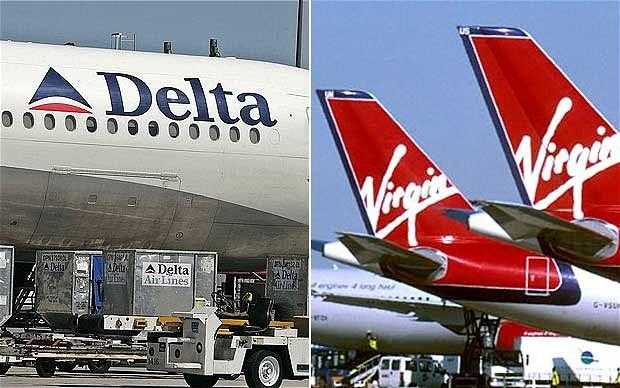 Delta Air Lines (Atlanta) and Virgin Atlantic Airways (London) have agreed on a joint venture and will jointly create a strong transatlantic flight network between the United Kingdom and North America. As part of this agreement, Delta will invest 360 million dollars in Virgin Atlantic Airways and take over 49% of its shares, the package it holds from 2000 and so far Singapore Airlines. Virgin Group and Richard Branson will remain with 51%, without changing anything. The British company will keep its operating certificate and brand.

Some points in the agreement:

- 31 daily return flights between the United Kingdom and the United States, 9 being only between London Heathrow - New York JFK and London Heathrow - Newark
- the costs of joint flights will be shared
- passengers will be able to benefit from the company's loyalty programs and will have access to the Delta Sky Club and Virgin Atlantic Clubhous lounges

The agreement would come into effect by the end of 2013, if all goes well, and American and European control organizations will agree.