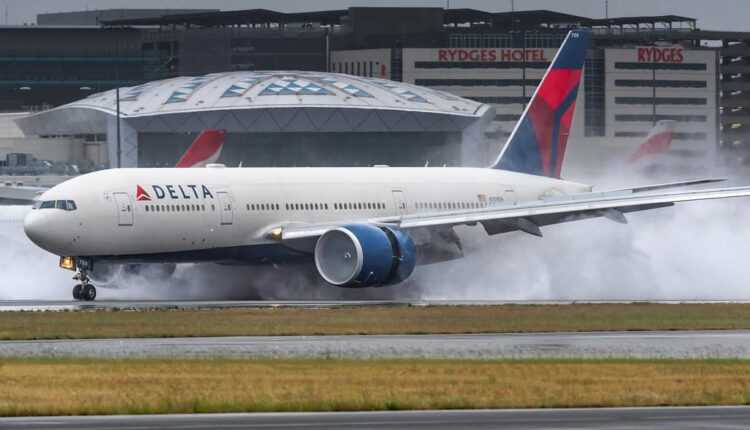 The decision was made due to the crisis caused by the COVID-19 pandemic. At the same time, the withdrawal of aircraft "Triple seven" accelerates the process of modernization and standardization of the fleet.

Last month, Delta announces plans to speed up withdrawal of MD-88 and MD-90 aircraft by June. Since the onset of the COVID-19 pandemic, Delta has reacted quickly by parking aircraft to reduce operational complexity and costs.

To date, the airline has parked more than 650 major and regional aircraft and scaled transport capacity in response to market demand and government restrictions.

The Boeing 777-200 first entered the Delta fleet in 1999 and their number increased to 18:10 x 777-200LR and 8 x 777-200ER. At the time, the aircraft were scheduled for non-stop flights between Atlanta and Johannesburg, South Africa and from Los Angeles to Sydney, plus other distant destinations.

Delta will replace Boeing 777 aircraft with the new Airbus A350-900, which consumes 21% less fuel / seat compared to triple seven.

Although Delta wants to eliminate Boeing 777 aircraft, we mention that they were the most used during the COVID-19 pandemic. They operated repatriation and cargo flights. Since the end of April, Boeing 777s have operated dozens of flights from Chicago and Los Angeles to Frankfurt to deliver mail to US military troops; operated flights between the US and Asia to deliver thousands of medical equipment and transported thousands of Americans to the United States from Sydney, Mumbai, Manila and other cities around the world.