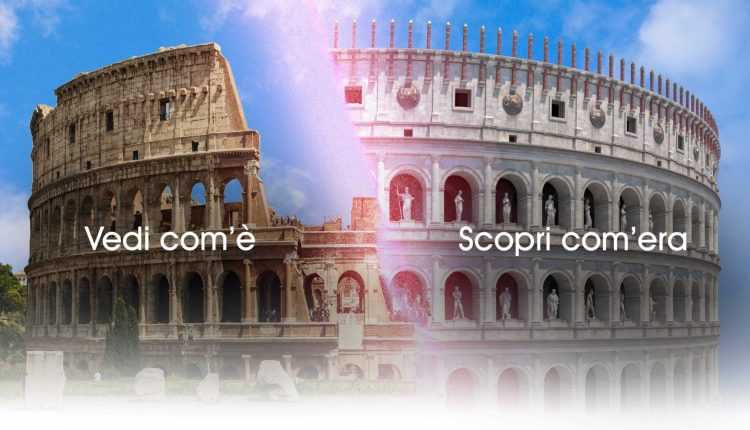 Ancient Rome returns to the attention of tourists through the first virtual reality tourist bus - VRBUS. Thanks to new technologies, including virtual reality and 3D, the great monuments of the imperial city can be seen in an unprecedented journey through time and space.

Starting July 1, tourists will be able to discover what Rome was like 2000 years ago thanks to the captivating experience with this electric bus, created by the Italian company Invisible Cities with the support of the municipal government and the Colosseum Archaeological Park.

During half an hour tour, the OLED screens that line the interior of the bus will allow you to see color projections of the most important monuments of ancient Rome, such as the Imperial Forums, the Colosseum, the Maximus Circus and the Theater of Marcellus.

All these virtual reconstructions were done together with a team of archaeologists to obtain the highest historical accuracy. It can be an interesting and scientifically informative experience.

In addition to the projections of the buildings, you can see, during the tour, the life of the ancient Romans, with children playing near the Colosseum, merchants selling seasonal products or couples strolling through temples.

In addition, visitors will be able to activate a speedometer, a magnetometer and a surface laser to see the position of the vehicle in real and virtual physical space in more detail, as well as to analyze the reconstructed buildings in more detail.