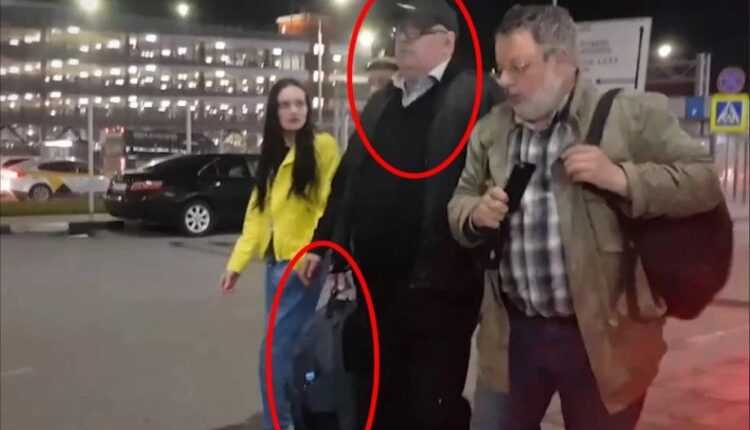 Dmitry Khlebushkin, one of the passengers accused of making it difficult to evacuate the aircraft on SU1492 flight

By Sorin Rusi Last updated NEVER, NEVER
0 1.178
Share FacebookTwitterPinterestLinkedinWhatsApp
Delayed plane? Flight canceled? Claim compensation now for delayed or canceled flight. You can be entitled to up to € 600.

3 days have passed since the tragic accident in Russia, in which a Sukhoi Superjet Aeroflot burned down in Moscow. XENUMX people died, on board being 78 persons (73 passengers and 5 crew members).

Authorities are conducting investigations and advancing the investigation, announcing that there are 3 assumptions: poorly trained pilots, aircraft technical problems and weather conditions. The black boxes of the aircraft were recovered.

Pictures also appeared with one of the controversial passengers on the SU1492 flight. This is Dmitry Khlebushkin, one of the passengers accused of making it difficult to evacuate the aircraft because they wanted to take their luggage.

This dome is supposed to have taken her bag over her head while others were trying to get out of the plane in flames.

It is also shown in the photo how this gentleman leaves nonchalantly with a shoulder bag. But from the pictures captured by the witnesses, there are several passengers with luggage in their hands.

The problem is that this gentleman, on his behalf Dmitry Khlebushkin, said he was unhappy with Aeroflot and the staff on board. And he asks for the maximum allowances allowed because he has not reached Murmansk. Aeroflot has announced that it will compensate those on board the plane, but the gentleman was upset that he didn't get any

According to reports from Russia, passenger Dmitry Khlebushkin was in 10C seat. Only 3 passengers survived among all those behind this gentleman. Among the dead are 2 children and the on-board attendant Maxim Moiseev.

His colleague Maxim Moiseev, Tatyana Kasatkina, was the heroine of the flight because she tried to rush the evacuation by force. He pulled the passenger to the escape door and pushed them onto the slide.

What more could we say about Dmitry Khlebushkin? We have no words!