LowJet easyJet, one of the largest in Europe, has added to its fleet the 300 aircraft, an Airbus A320-200. He also inaugurated the Berlin Tegel - Cologne Bonn route.

EasyJet received the 300th Airbus A320-200 aircraft, being the 111th Austrian-certified aircraft in the British carrier's fleet. At the same time, the famous low-cost carrier also inaugurated the Berlin-Tegel - Cologne Bonn route.

The Airbus A320-200 aircraft, which joined the easyJet fleet, was part of the airberlin fleet. This move marks an important moment in the recent easyJet expansion in Germany. At this time, 10 of the 18 aircraft based in Berlin-Tegel are owned by easyJet.

The new route between Berlin-Tegel and Cologne Bonn is part of the easyJet summer strategy for the city of Berlin, with a total of over 16 million seats available for the summer season. The flights on the Berlin - Cologne route are scheduled twice a day, and their frequency will increase to 6 per day until September 2018, and the fares start from 39,99 euros / segment. 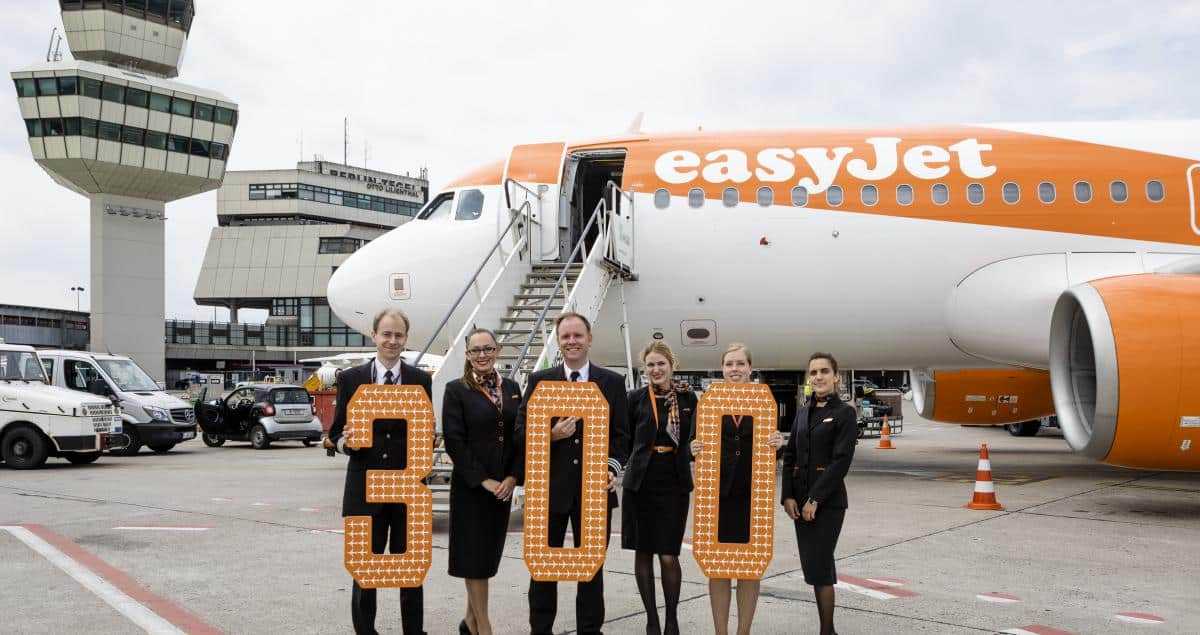 To support its development in Germany, easyJet has begun recruiting and training new crew members and pilots. In the coming months, hundreds of employees will fill vacancies at the Berlin-Tegel base. Most of them are former airberlin employees. We remind you that 350 of former airberlin employees (150 of pilots and 200 of crew members) are already in the easyJet team. By September, the total number is expected to reach 420.

Earlier this year, easyJet inaugurated the Berlin-Munich route, which marked the first domestic flight to Germany. EasyJet currently flies from Berlin-Tegel to Cologne, Düsseldorf, Frankfurt, Munich and Stuttgart, popular routes for business passengers, making up 41% of those traveling on these flights.

easyJet carries over 81 millions of passengers annually, of which over 13 millions are in business interest. easyJet (with all ads) flies on 140 of airports in 31 of countries, using over 300 of aircraft on 890 of routes. More than 300 millions of European citizens live at most one hour away from an airport where easyJet operates.

Sale of Airbus A310 TAROM aircraft for 5.48 million