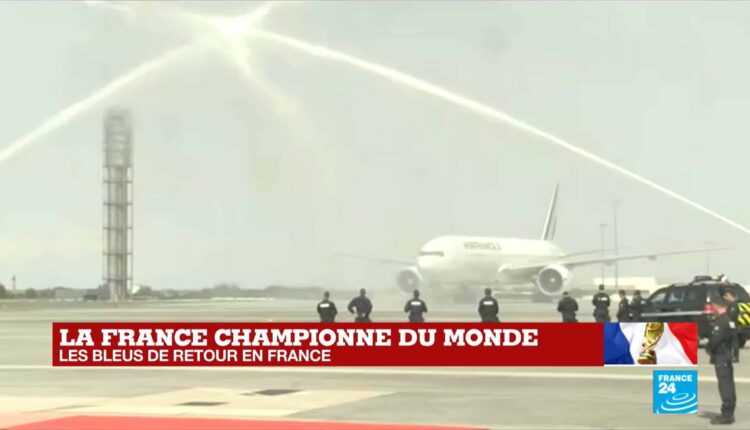 France's national football team is the world champion after winning the final against the Croatians with the score of 4-2. On July 16, Air France operated the special flight AF4001 to transport the French team on the route Moscow - Paris.

The flight was honored with the Boeing 777-200ER (F-GSPK) aircraft. When returning from Moscow, the plane was greeted with a nice salute of water cannons, and the national football team of France was applauded by hundreds of fans present at the airport.