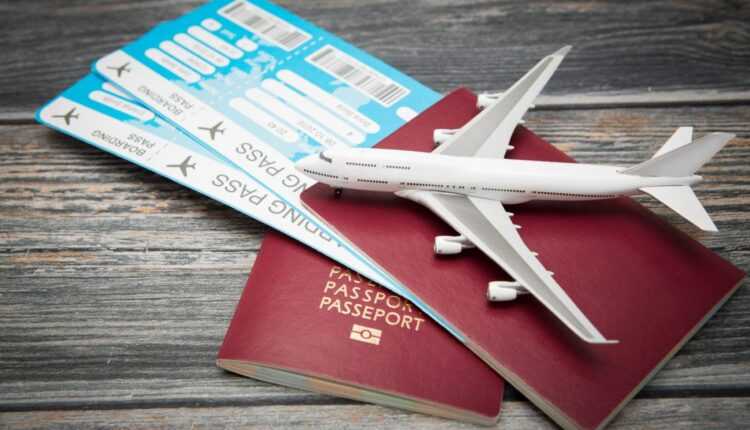 As of January 2020, we are living in turbulent times because of the new coronavirus. To understand the effects of this pandemic, we must understand the causes and accept reality. I've seen hundreds of conspiracy ideas spread in the virtual environment. We will not talk about them, but we will refer strictly to the official information and which we consider real until proven otherwise. And in relation to the pandemic, I will tell you how I see the evolution of aviation in the near future.

But let's start with the beginning. Somewhere in late December, a new virus appears in China. Chinese experts were frightened because what they were about to discover was very similar to another coronavirus (SARS), which struck China from 2002 to 2003. In late 2002, SARS began its deadly spread after a coronavirus about which is believed to have thrived in bats, infected a palm owl, which in turn transmitted the virus to humans.

But SARS has not spread as rapidly as it does today with SARS-CoV-2. Professor John Oxford (Professor Emeritus of Virology at the University of London and one of the world's leading experts in infectious diseases) told RFE / RL that, to a large extent, chance is the reason why the 2003 outbreak of SARS resulting in less than 1 percent of COVID-19 outbreaks so far.

"I think the two viruses are very different," Oxford said. "We were very lucky with SARS in 2003. It did not spread as fast as the coronavirus that caused COVID-19." The new coronavirus has been shown to be able to spread much faster, causing a lot of asymptomatic infections, causing some deaths and so on. It has different characteristics.

Drastic measures to block the spread of the new coronavirus

In the fight with the new coronavirus, most countries on the planet have taken drastic measures to stop the spread. They closed borders, suspended flights, imposed travel and even travel restrictions. Romania has even applied these measures. It is hard to believe that in the XNUMXst century, such a virus has managed to block an entire planet.

And these measures were taken in order to slow down the spread of the virus and not to block medical systems. It was sought to gain the necessary time to be able to treat all symptomatic cases, which increased the rescue rate of the sick. If there had been thousands of serious cases in Romania simultaneously, the mortality rate would probably have been higher. But so, the situation was better, although more than 1000 people lost their lives.

Aviation, tourism and hospitality, the most affected

The reality is that millions of flights were canceled, tens of millions of passengers have not reached their destination, billions of people have been banned from traveling outside their homes. Countries' economies are starting to creak.

In my opinion, the tourism, aviation, hospitality and secondary industries suffered the most. Tourism, transport, HoReCa, all these cannot survive without tourists, without people. A production plant (machines, metal / textile garments, food) can operate through remote robots / people and the necessary raw material. The same does not happen in tourism, where the raw material is "man".

Once flights were suspended, virtually an entire industry stalled. There was no demand for flights, no more flights could be operated. And airlines had to block over 17 planes on the ground. Millions of aviation and tourism employees are in danger of losing their jobs. Most were sent into technical unemployment, others they were fired, but there is also the category of those who remained to work part-time to ensure the maintenance of the aircraft, to provide answers to the affected passengers and to operate the changes in the reservation systems. In April, IATA has warned that air operators will lose $ 86 billion.

After 2 months of lockdown

We have been facing this lockdown for about 2-3 months, during which time the global economy has been severely affected. Thousands of companies have suffered, including airlines, travel agencies, hotel chains, rent-a-car companies, the cruise industry, everything was grounded in a domino chain. Some more, some less.

Economic pressure forces the lifting of restrictions and the resumption of daily activities. There are countries where tourism and aviation have an important share in the country's GDP. Thus, in the near future, we hope that flights will resume, that tourism will resume, that people will be able to travel. But NOTHING will be the same as before. Some experts estimate that aviation and tourism will return to the pre-COVID period only in 2023.

And now we come to the part where we talk about the middle ground. What happens to flights, plane tickets, routes, air operators? With the blocking of flights, as mentioned above, millions of passengers were left with their plane tickets taken, but without the possibility to reach their destination.

What about plane tickets?

To protect against bankruptcy, airlines have decided to offer facilities such as: rescheduling flights for other periods, value vouchers (Ex. Wizz Air offers 120% voucher compared to the fare paid on the original ticket), reimbursement. But the last facility proved to be controversial because the repayment term was extended to 60-90 days. In theory, as long as the airline exists, bthe plane tickets are not lost, they just turn into different facilities for future trips. And you can really get your money back, but with PATIENCE.

As mentioned above, the cash flow blockade has led to the blocking of an industry. But the money circulates in tourism, it does not remain in the accounts of companies. And the COVID-19 pandemic has made it impossible to reimburse passengers quickly. The same thing happened with travel agencies. When aviation and tourism resume their "flight", the other issues will certainly be resolved. The important thing is for the money to start circulating again.

What about flights and routes?

most airlines around the world have begun announcing the resumption of flights. IT'S JUST THAT NOTHING WILL BE LIKE BEFORE THE PANDEMIC. The activity will be resumed gradually, according to government decisions, cu travel rules imposed by each country (no place required in the middle), with the new restrictions imposed by the authorities. Even airports are preparing to resume flights, implementing the new travel and travel rules.

BUT with a reduced number of flights. This will lead to other cancellations of airline tickets. And passengers will receive alternatives set by airlines. Most likely the possibility to reschedule on valid flights or they can receive a value voucher that they can use on other valid flights. CAREFUL!!! These measures are taken by most airlines around the world, not just Romanian companies.

For example, if before the pandemic on the route Bucharest - London were operated up to 10-12 daily flights, after the pandemic the number may decrease to 2-3 daily flights. Maybe there will be days without flights. Obviously, all passengers on canceled flights will be able to choose to fly on other remaining valid flights.

We see a lot of people upset about these cancellations and they only report to Romania and to the Romanian airlines. Know that it's the same everywhere. And wherever you had flights, regardless of the airline, you certainly went through the same situations. Flights canceled, money blocked, flight uncertainty.

As I said before, we live in unique times, which tests our PATIENCE. But only patiently will we pass this period. And all patiently everyone will have the chance to enjoy the flight, refunds or scheduling vacations at other times.

Stop acting on your nerves, stop making hasty and hasty decisions, stop drawing conclusions without having all the information. Don't be superficial, don't be manipulated by everything around you. Get the information on the official channels.

We remind you that flights between Romania and Central and Western European countries are suspended until May 29. And after this period, NO ONE still knows what will happen to the flights. Don't rush tickets if you don't have all the information you need. Wait for the flights to resume and only then buy your desired tickets.

AND YES! Airfare will increase. Airline tickets will become more expensive. It's not a hoax, it's a reality. For the next few months, we will probably not see tickets below 20 EURO (round trip). This is the economy, this is how things work.

easyJet has announced the resumption of flights starting June 15