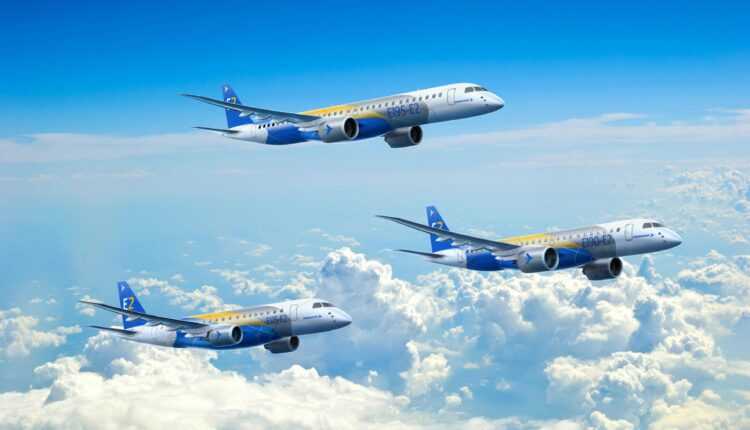 The aircraft manufacturing industry is not just Airbus and Boeing, but also other manufacturers. It is true that the two giants cover a significant share of the market, but they provide 100-capable aircraft from seats up. However, airlines also need smaller, regional or differently targeted aircraft.

Brazilian Aeronautics Company (Embraer) is a Brazilian manufacturer of civil, military and private aircraft, but also offers aeronautical services. The Embraer portfolio is not very varied in the commercial aircraft segment, they have capacities from 37 seats to 122 seats.

2013 was a good year for Embraer. Failed to deliver the number of aircraft targeted. According to the figures announced, Embraer has delivered 32 commercial aircraft in Q4 and 90 units throughout last year. The pattern Embraer E190 was the most successful with 45 delivery units, and was in second place Embraer E175 with 24 units.

And at the orders it is fine, the Brazilian manufacturer having arrears that add up to 429 of airplanes, of which 150 of units are from the new generation of aircraft Embraer E-Jet E2. From the old generation, the E175 model has commands for 188 units, and E190 has commands for 73 units, being the most sought after. By the end of 2013, Embraer had $ 11 billion worth of unpaid orders.

Boeing 777 built from cardboard to the smallest detail (photo / video)