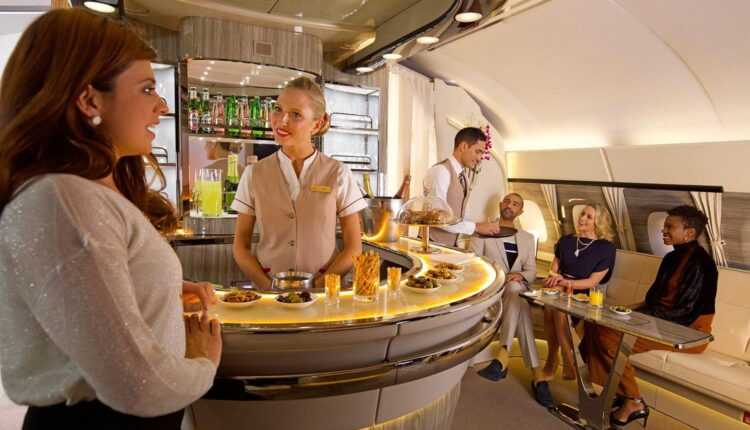 On August 1, Emirates celebrated 9 years after the first flight operated by an Airbus A380 aircraft. At the same time, 9 has been celebrated since the introduction of the Onboard Lounge service.

It has been 9 years since the first flight operated by an Airbus A380 Emirates aircraft. The debut was made on the Dubai - New York route on August 1, 2008. Emirates was the second largest global carrier with the A380 in its fleet. Currently, the Arab carrier owns 96 such aircraft in the fleet, another 46 being on order.

Onboard Lounge - Airbus A380 Emirates

With the first flights, Emirates also launched the Onboard Lounge service, a fine drinks bar and a seating area. It has become the most sought after bar at an altitude of 40000ft. The last makeover of the show started on August 1, 2017, on the route Dubai - Kuala Lumpur, with the marking of the 9 years of flights operated with A380. 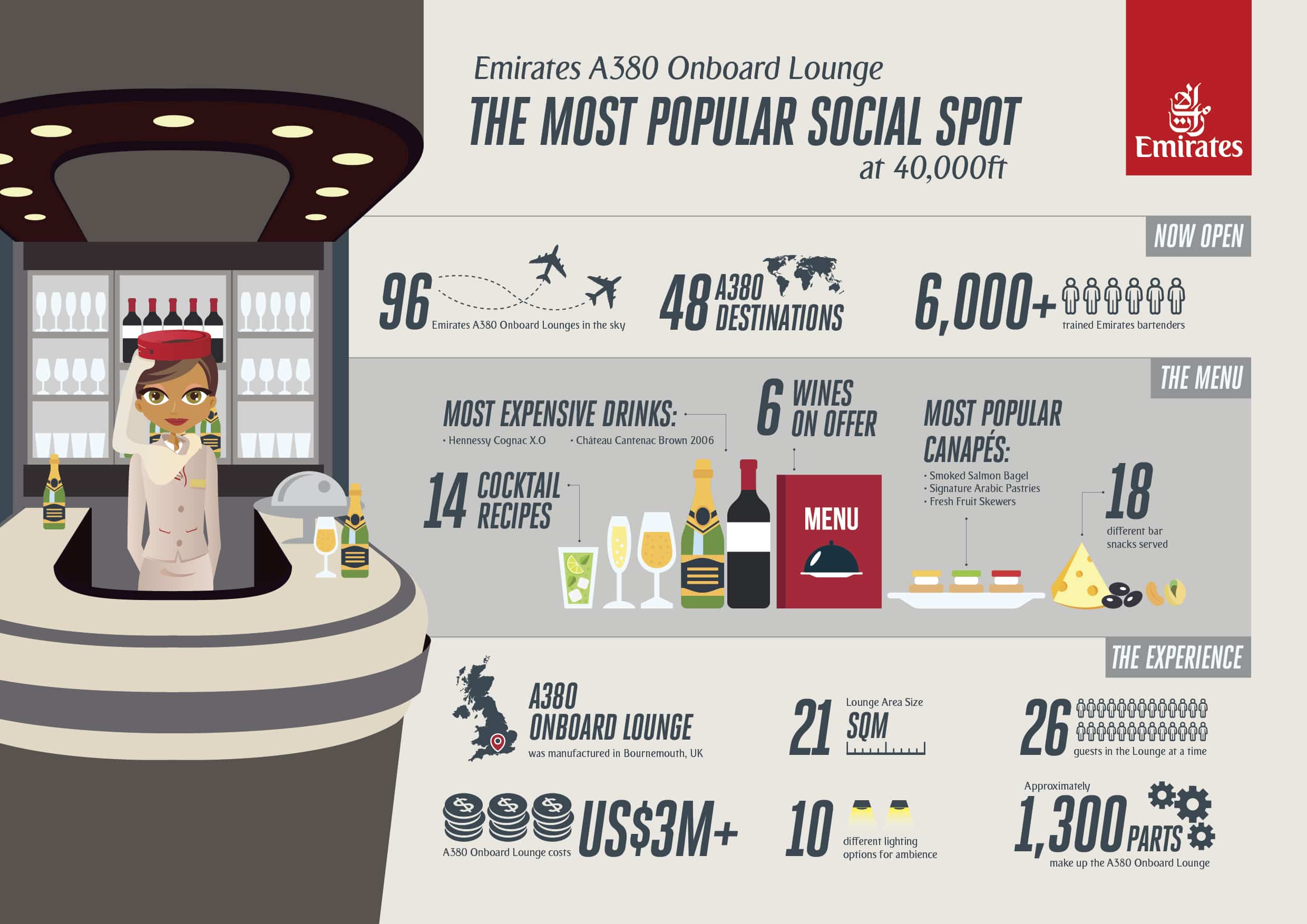 The new bar transformation is inspired by private yacht cabins. It has a more intimate area for socializing. This service is enjoyed by passengers from Business and First Class. 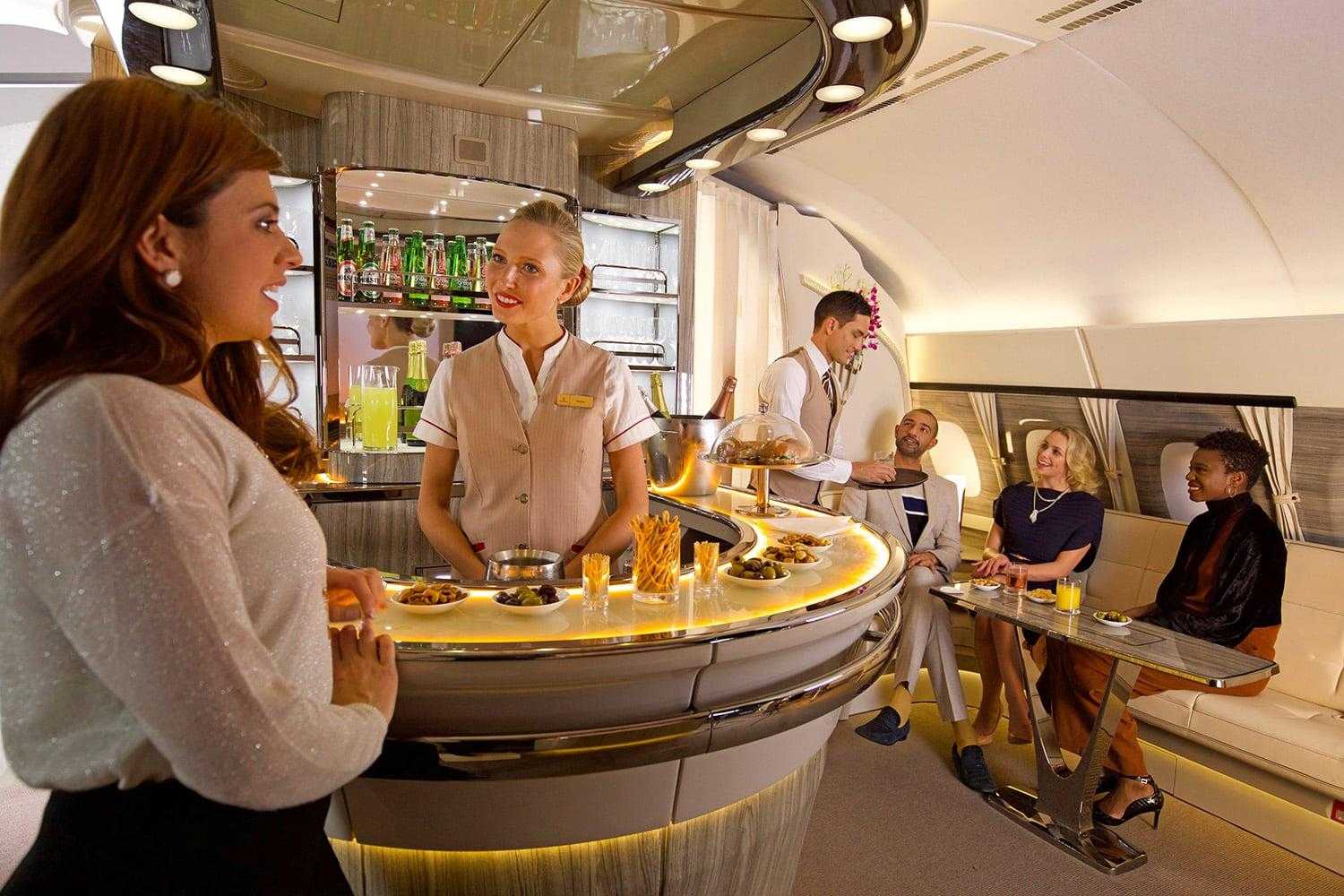 The exclusive lounge can accommodate up to 26 guests. The finest wines from around the world are served. The six wine varieties differ depending on the destination, but Moët & Chandon's champagne or Veuve Clicquot is always available.

Over 6000 Emirates flight attendants were trained to make 14 cocktail types. Fine drinks such as Hennessy XO Cognac and Chivas Regal for 18 years can also be served at the bar. Also, XnUMX different snacks are served in the Onboard Lounge.

9 years of flights with Airbus A380 Emirates

Airbus A380, this 2 floor mastodon, has facilitated the creation of premium onboard services. It is the most popular aircraft on long routes. In the Emirates network, Airbus A380 aircraft fly to 48 from cities on the 6 continents. This year, the cities of São Paulo, Casablanca and Nice will join the network. From 2008 to date, over 80 millions of passengers have flown with the A380 Emirates fleet. 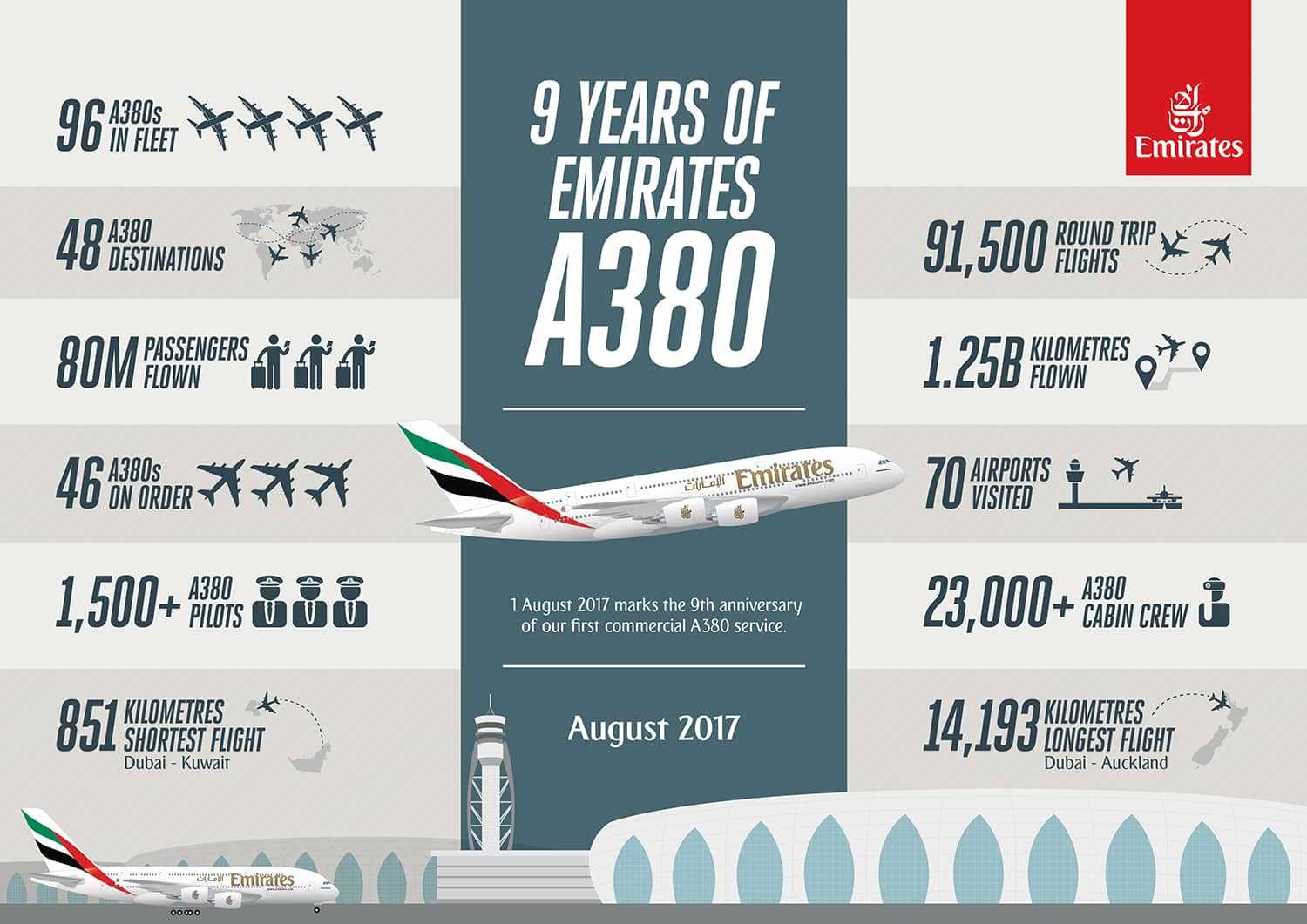 Ryanair started the countdown to Christmas