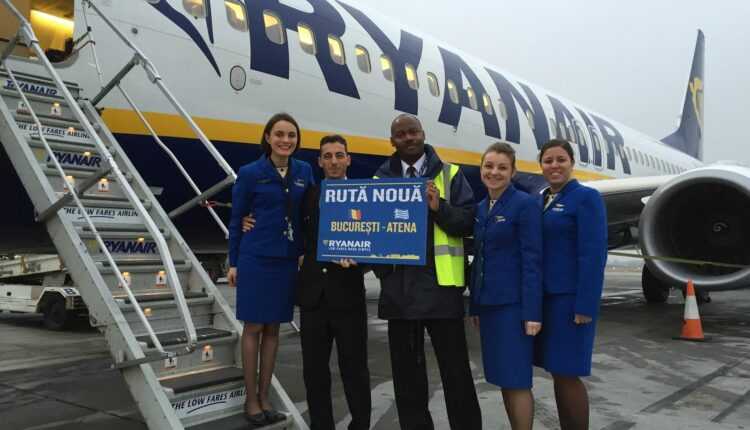 Today, 9 December 2015, Ryanair announce the route Bucharest - Athens, which will be in operation from 27 March to 2016. There will be daily flights operated by Boeing 737-800 aircraft from the Athens base after the following schedule:

This service is part of the plan to significantly expand the 2016 summer schedule for Bucharest. With 9 routes in total, including the new 4 routes to Bologna, Milan Bergamo, Milan Malpensa and Roma Ciampino, Ryanair will transport 1.2 millions of customers per year to / from Bucharest, respectively 900 jobs (* Studies HERE confirms that 750 of jobs connected to the activities of an international airport are supported by every 1 million passengers) that are closely related to the activities of Bucharest Airport.

To celebrate the launch of the new route Bucharest - Athens, Ryanair is offering the reservation of seats at the promotional price of only NOT EURO / segment for travel in April and May. These can be reserved until midnight, Thursday, 10 December.