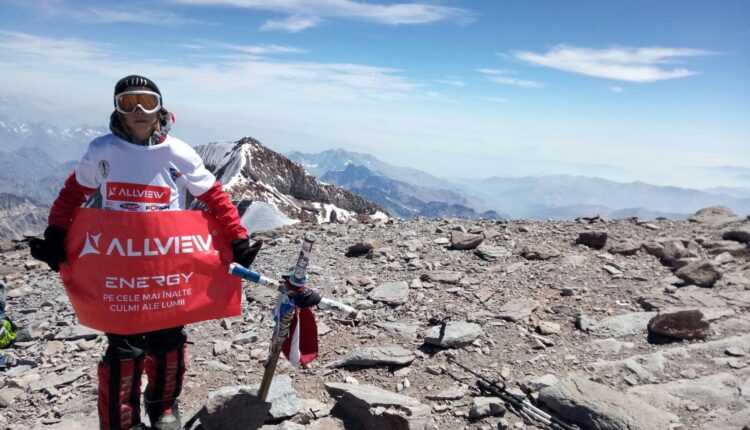 A new European age record for boys has been set!

By Sorin Rusi On NEVER eat. , NEVER
0 899
Share FacebookTwitterPinterestLinkedinWhatsApp
Delayed plane? Flight canceled? >>Claim compensation now<<for delayed or canceled flight. You can be entitled to up to € 600.

The expedition "Energy, on the highest peaks of the world" reached its climax. At only 12 years old, Erik Gulacsi became the youngest European who has conquered the Aconcagua peak, one of the highest slopes in the world.

The attack of the Aconcagua peak began from the altitude of 5.970 m, to 3 in the morning, local time and lasted until 15.35. After more than 12 hours of ascent in heavy conditions, with low temperatures and gusts of wind up to 70 km / h, Erik Gulacsi reached the peak of Aconcagua, being the youngest climber in Europe to pass such a success. in the record.

"It was very hard, but it was worth it. The sensation I experienced at the peak cannot be summed up in words. The satisfaction of having successfully completed this challenge is the most beautiful reward, ”said the fresh European recordman.

The adventure in Argentina was immortalized by Erik with his phone Allview Energy P9. All the captured images will be admired on the Allview Mobile Facebook page.

"We are extremely proud of Erik, who at only 12 years surprised us with his determination and maturity. It is an example that inspires us and we are glad that we were able to be with him in this adventure and help him turn his dream into reality ”, he declared Lucian Peticila, Allview General Manager.

The performance of the 12 year-old kid comes only half a year away from setting his first European record, by conquering the Elbrus peak in the Caucasus Mountains.

The expedition "Energy, on the highest peaks of the world" started on 11 January. Throughout the expedition, Erik was accompanied by his father, Bela Gulacsi and several experienced climbers. They will all return to the country on 1 February.