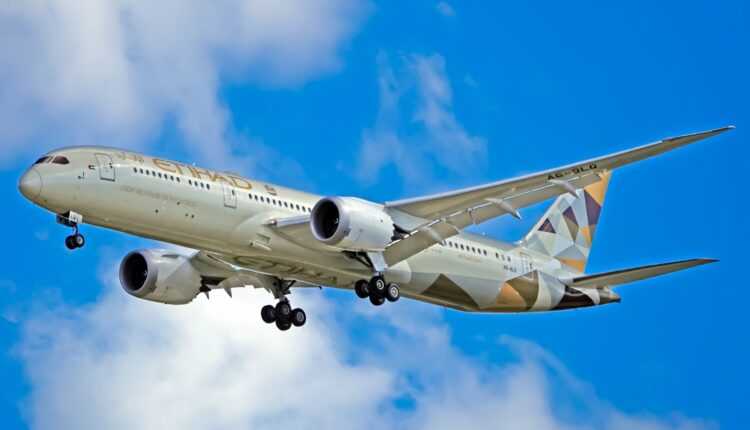 Etihad Airways, the national airline of the United Arab Emirates (UAE), has started operating frequent flights between Abu Dhabi and Tel Aviv. In addition, Israel has been added to the UAE's "green list", with travelers being able to go on holiday without being quarantined upon arrival in Abu Dhabi.

Flight EY598 operated by Etihad Airways was the first scheduled flight to Tel Aviv. The aircraft took off from Abu Dhabi International Airport this morning at 10:05 (UAE time). A diplomatic and economic delegation representing the UAE was on board the aircraft. The delegation included HE Mohamed Al-Khaja, First Ambassador of the United Arab Emirates to Israel, Eitan Nae'eh, Head of the Israeli Mission to the United Arab Emirates, and Tony Douglas, CEO of the Etihad Group.

The flight landed at Ben Gurion Airport at 12:30 (Israeli time) and was greeted with the traditional salute of the water cannon. A welcome reception followed, with speeches by the United Arab Emirates Ambassador to Israel, the CEO of the Etihad Group and Shmuel Zakay, CEO of Ben Gurion International Airport.

The launch of the flights comes as a result of the agreement to develop diplomatic, trade and tourism ties concluded between Israel and the United Arab Emirates in September 2020. On 19 October 2020, Etihad Airways became the first Gulf carrier to operate a commercial passenger flight to and from Israel.

Tony Douglas, CEO of Etihad Aviation Group, said "It is a significant moment in the history of Etihad, as we operated the first scheduled commercial flight in Tel Aviv. Last year, we witnessed the moment when the United Arab Emirates and Israel made history when the Abraham Agreement was signed, and we are extremely excited about the opportunities that this new route offers to Etihad and Abu Dhabi. ”

The flights will be operated with Etihad's flagship aircraft, the Boeing 787-9 Dreamliner. With 290 seats - 28 seats in Business Class and 262 seats in Economy class, Dreamliner also has the famous Etihad E-box entertainment system, but also an in-flight wi-fly connectivity network.

The flights will be operated with Etihad's flagship aircraft, the Boeing 787-9 Dreamliner.

Etihad and Israel's national carrier, EL AL, are continuing preparations for large-scale cooperation on this route and beyond. The partners signed an agreement in November 2020 covering code sharing in reciprocal operations, frequent customer liaison and cooperation in freight, training and maintenance services.

There is a significant demand for travel between Israel and the United Arab Emirates and beyond, both for business and leisure purposes. This is supported by the fact that Israel and the United Arab Emirates boast two of the highest vaccination rates in the world, offering the potential for a vaccination corridor that would further facilitate travel between the two destinations. In February 2021, the Etihad was the world's first airline to announce 100% vaccinated on-board flight.

Passengers choosing to travel from Tel Aviv to Abu Dhabi can take advantage of connecting flights to 35 destinations around the world, including major cities in Asia, the Indian subcontinent and Australia.

Japan Airlines has withdrawn all Boeing 777 aircraft with PW4000 engines