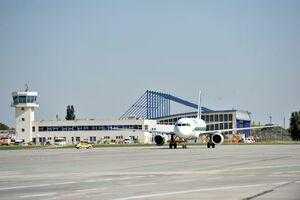 I also announced that the new terminal at Henri Coanda Otopeni airport will be opened in August. Today I announce that it will be inaugurated in November. Now who else can believe them?

The communication director of the National Airports Company of Bucharest, Valentin Iordache, said that the extension of the Departures Terminal of the Henri Coanda Airport (Otopeni) will be inaugurated in the first days of November, the costs amounting to 52 million.

Thus, the Terminal Departures will double its surface and reach approximately 40 000 square meters. The new terminal will have 52 check-in desks and 8 boarding gates. Also on the new terminal we will meet protocol lounge, additional ticket offices, but also a commercial area.

With the extension of the terminal, twice as many races will be processed than at present, but with much less crowding. Specifically, the final capacities of the passenger terminals at Henri Coandă Airport involve 4.500 of peak hour passengers, half on the flow of departures, half on the flow of arrivals, over 100 of check-in counters to which the counters below are added. -services, 32 boarding gates, including 14 with boarding / landing gates and eight new gates, which will bring added comfort for domestic flights, six luggage lanes on arrival and a capacity of six million passengers per year.

The extension of the Arrivals area also has high chances to be completed by the end of the year.

I hope to be among the first to present images from the new terminal and we will keep you updated with the news!

CNAB will record an 2% increase in passenger traffic

Wizz Air in new numbers and routes from 2013