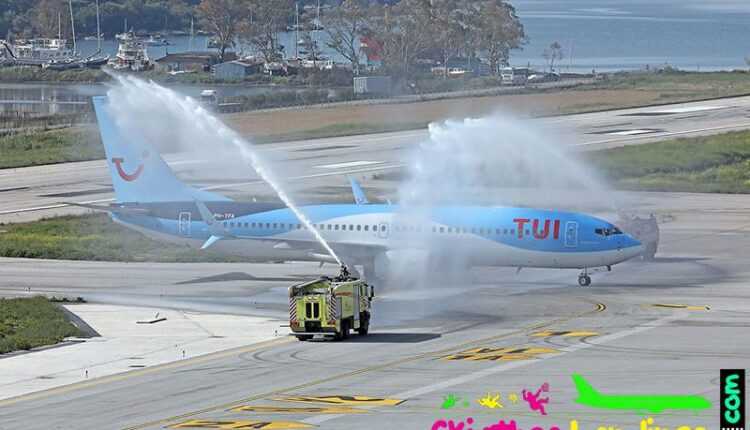 On April 26, 2019, the charter flight season opened at Skiathos, summer 2019. The first charter flight to Skiathos was operated by Arkefly (TUI Netherlands).

The Boeing 737-800 (PH-TFA) aircraft operated flight OR287, on the direction Amsterdam - Skiathos. He landed in Sint Maarten in Europe at 09:37, receiving the traditional baptism of water cannons. The Fraport-Greece authorities organized a warm welcome.

The first charter flight to Skiathos

After approximately 30 minutes, the Boeing 737-800 (PH-TFA) Arkefly continued its flight to Kefalonia, the final destination.

(Video) Landing and taking off Airbus A318 TAROM in Skiathos, Greece

Normally, this flight should have been honored with a Boeing 737 MAX 8 aircraft, but we remind you that this type of aircraft was landed indefinitely.

The first Airbus A350 Japan Airlines (Jal) was assembled and painted